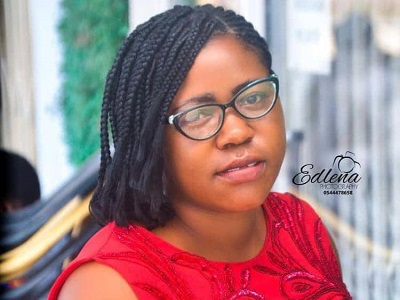 It is said that in some parts of Takoradi too some young men have started questioning any pregnant young lady they meet; whether the ‘bump’ is a ‘kidnap bump’, a ‘silicon bump’ or a ‘natural bump’.

Some of the young men, it is said, even attempt to touch such protruding bellies, while cracking all sorts of ‘expensive’ jokes to the embarrassment of young pregnant ladies in some parts of the ‘oil city’.

Kidnapping in Takoradi? Anyway, what is kidnapping at all?

According to Wikipedia, kidnapping is a criminal offence, consisting of unlawful taking and carrying away of a person by force or fraud; or the unlawful seizure and detention of a person against his will.

In all countries, kidnapping is considered a grave offence, punishable by a long prison sentence or death.

Wikipedia says, kidnapping was originally used as a term for the practice of stealing children for use as servants or labourers in the American colonies.

And currently, for instance, can a father kidnap his own child? Surprisingly, the answer is yes. You can be guilty of kidnapping your own child. If one parent decides to take the child physically away without the permission of the court or the other parent, you can be arrested and charged .

According to Wikipedia, corruption, unemployment, indiscipline, poverty,  loss of societal values, inadequate security and get-rich-quick syndrome are some of the causes of kidnapping.

And what is fake kidnapping? It is kidnapping that has been staged by the ‘victim’ who claims to have been abducted.

And what is ‘branding’ Takoradi now as ‘kidnapping city’?

28-year-old Josephine Panyin Mensah Simons was said to have left her home in Takoradi in the early morning of Thursday, September 16, 2021, on the pretext of going for jogging.

She was later reported missing, so someone allegedly called her family to demand a ransom before her release because had been kidnapped.

Her husband allegedly reported the matter to the police, which began a search for Josephine Simons, who was said to be nine months pregnant.

After ‘discovering’ her, police investigators and health experts discounted her kidnap and pregnancy stories, leading to her arraignment before the Takoradi Circuit Court on September 28, 2021.

Josephine was charged; for deceiving a public officer and publication of false news with the intent to cause fear and panic.

The court presided over by Mr. Michael Ampadu, granted her bail in the sum of GHc 50,000, with two sureties to be justified.

Prosecuting, Superintendent Emmanuel Basintale, told the court that the phone number used by the supposed kidnappers was registered in the name of the accused person.

Superintendent Basintale said, the prosthetics Josephine wore to pretend that she was pregnant was bought at the Takoradi Market Circle at the cost of GHc 30.

Professor Joseph Osafo, a psychologist, however, says Josephine rather needs psychological examination instead of prosecution.

Speaking on Peace FM’s Kokrokoo, Professor Osafo stressed: “Josephine needs a lot of attention now. We need to listen to Josephine because for all you know, a lot of women are also experiencing such issues.

“What is going on between the woman and her husband? How has the husband’s family been treating her? “

But Mr Maurice Ampaw, an Accra-based lawyer, rather says Josephine has caused economic loss to the state.

According to lawyer Ampaw, the prosecution should add “causing financial loss to the state “, to the two other charges against her.

“Her conduct has affected our drive to convince investors into the Western Region,” Mr  Ampaw says.

Lawyer Ampaw says: ” The President is outside the country, convincing investors to come to Ghana and look at what she has done , sending a false signal to create the impression that there is insecurity in the Western Region.”

Readers, what is your own view about the fake kidnapping in the ‘oil city’?