Teachers at Ave-Atanve ‘flee’ to neighbouring communities for Internet 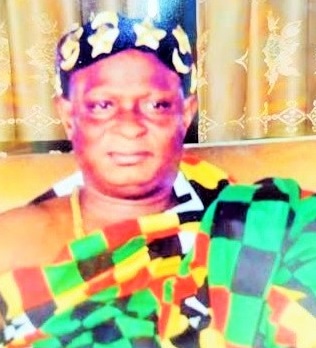 The absence of network infrastructure is making it difficult for teachers in the community in the Volta Region to make good use of a computer laboratory.

As a result, there is not a single resident teacher at Ave-Atanve Community in the Dzalele Traditional Area of the Akatsi North District due to lack of network to access internet connectivity.

This has, therefore, compelled about 10 teachers of the basic school at Ave-Atanve to “flee” the community in search of internet and cellular phone networks elsewhere.

In order not to abandon the pupils to their fate, the teachers have rather rented rooms in the neighbouring communities where they can readily have access to these facilities.

Torgbui Hodzi Dunyo IV, Chief of Ave-Atanve told The Spectator at his palace last Friday that even the computer laboratory of the school which was fitted with 10 desk-top computers had been of no use owing to lack of network

Shedding more light on the absence of resident teachers at Ave-Atanve, Torgbui Dunyo explained that some of them were pursuing Distant Education programmes and needed to make use of the internet which could not be in the community.

He said that the teachers now commuted to school on commercial motor-bikes (Okada) and public transport.

That, he said, was affecting teaching and learning in the school which had an enrolment of about 250 pupils, as some teachers turned up late for school and left earlier than scheduled.

Apart from that, the Chief said that the situation was dangerous, considering the rugged state of the road to the Ave-Avante located along the Ho-Denu road.

Most cellular phones in the area often pick the signals from the Republic of Togo which is very expensive.

This became readily evident during the chat when this reporter’s cellular phone displayed a signal from Togo and a message welcoming the user of the phone to that country, with tariffs on making calls and sending text messages.

Torgbui Dunyo complained that the situation was also undermining efforts by the traditional authorities to woo investors to the area.

Appeals to the Akatsi North District Assembly to intervene and put things right, he said, had fallen on deaf ears.

He pledged to make land readily available to any cellular phone service provider willing to install a mast in the community “to connect us to the rest of the country and the world.”