Thank you mothers; Bless your hearts 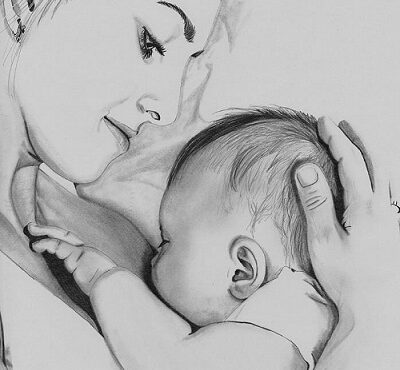 Much of the world’s most important work is done by people who don’t get much recognition. Teachers, farmers, labourers, military personnel, emergency responders, and so many others who all play such vital roles in our society, yet they often do it quietly, without the appreciation they deserve. And for no one is that more true than for mothers.

Pausing once a year to give mothers much-deserved thanks is completely appropriate. And maybe instead of being our annual day to honour mothers with flowers and cards, Mother’s Day should be our annual reminder to honour them every day; in whatever way will help them feel loved. When children (young and old) spend time with their mothers, to listen and learn from them, to remember something their mothers taught them, and to wrap their arms around their moms and express love these are the love notes that mean the most to mothers.

Every day of the year, mothers worry about whether they are good enough, loving enough, firm enough, involved enough, or involved too much. We can help them see that they are just right. Every mother knows she cannot solve all the problems her children face. But that will never stop her from trying to help, even when her efforts seem to be neither noticed nor appreciated. But along the way, she learns how to listen more than speak. She learns to understand more than correct. She learns to see possibility when others lose hope. In short, she learns how to love.

In the end, when a mother stops to evaluate her life’s work, her satisfaction comes less from flowers and cards, as nice as such things are, and more from the love that has flowered in her soul: the love she feels for her family and the love they return to her. A mother is a living example of the kind of love that the Apostle Paul called charity: She suffers long. She is kind, humble, and unselfish. She rejoices in truth, bears all things, believes all things, and endures all things (see 1 Corinthians 13:4–8). And she didn’t get that way by being a mother one day a year. Every day, she can receive and give charity, the greatest reward of motherhood.

Mothers, by their very nature, are always thinking of others. Years of sacrificing and serving, of loving and giving, have taught them that their joy is increased as they bring joy to others.  One man learned this lesson from his mother in an interesting way, long after he was grown, married, and had children of his own. By this time his mother was elderly and residing in an assisted-living centre. The son had brought his family to see her on Mother’s Day, which wasn’t unusual; they came to visit her often.

But this time, soon after welcoming them with open arms, the frail woman picked up the phone and began calling a neighbour. When her son asked what she was doing, she just smiled. No one answered the phone, but every few minutes, even though dialling was difficult for her, she called again and again and again. At last, her friend answered the phone.  “Please come and join us,” the mother said. “My son and his wife and family are here. Come over!” And then the son knew why his mother had been so persistent in calling. She knew that her friend might not get any visitors, and she did not want her to be alone on this special day.  She could have just enjoyed her family’s company; no one would have blamed her for wanting them all to herself. After all, it was Mother’s Day, and they had come to see her. Instead, she reached out to someone whose needs were perhaps greater than her own. The friend came over, and together the family and the two mothers talked and visited, laughed and reminisced, enjoying a beautiful afternoon together. There was more than enough love and joy to share on this never-to-be-forgotten Mother’s Day.  This captures so well what it means to be a mother—and a grandmother. They think of others. They love and give and spend time caring for others. As a result, their circle of goodness ever expands to include those who might otherwise be left out. That’s why their hearts are so big, because they are so often reaching out instead of focusing on themselves. A mother’s heart enlarges the world with love and joy.

No matter the language, culture or continent, what a difference a mother makes. She is the purveyor of love and tenderness, which prompts nation after nation from Ghana to Guyana from America to Angola, Thailand to the pacific island of Tahiti to honour mothers with a day of tribute once a year.

The Twi word for mother or mum is Obatan. Think about it; she is the one person who loves us unconditionally, who cares for us without limits, who never tires of us and makes us smile time and time again.

Each one of us holds in our hearts special memories of our mothers and of those who have also stood at our sides; grandmothers, aunts, sisters, neighbours, even teachers. These women have held us accountable, taught us the basic strengths of society like truth, honour, mercy, goodness and loyalty. I think of my own grandmother, mum and aunties attending to my basic needs since I was brought to this beautiful earth. They have been cheering me on ever since.

So to all mothers everywhere; Dear mothers, please kindly close your eyes to the many noises and disorder around, forget for a moment the things you haven’t been able to do, and know that you are loved, that your sacrifice is of great worth, and that you are more than good enough. God bless mothers everywhere.