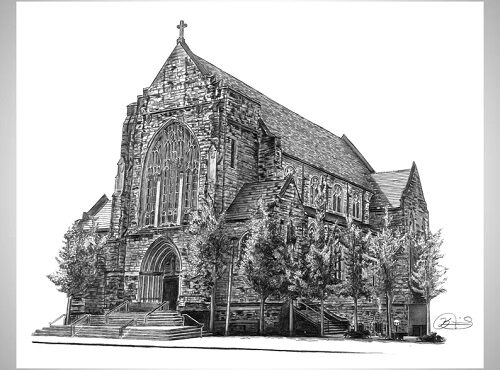 In this beautiful country called Ghana, Churches are not required to pay taxes on their properties to the state because they are considered rendering services to God.  They are not required to also disclose their finances in whatever form to government.  They are, therefore, exempt from payment of income tax even though they receive other favourable treatment under the law.

This practice has existed for many years during which the country had a limited number of churches which concentrated on the word of God and did not make profit margin their primary objective. Churches generate their income through offering, pledges, sponsorships, memorials, capital campaigns as a normal practice.

PROLIFERATION OF CHURCHES AND NON-PAYMENT OF TAXES

With the emergence and proliferation of thousands of churches across the country, some of which even do not have auditoriums or places of worship but use classrooms and rented accommodation for their worshipping and other day to day activities, thus generating a lot of revenue and income from their operations, it has now become imperative to revisit the law that exempts churches from the payment of taxes to the state and decide otherwise.  It appears that the commercial aspect of most of these churches has overridden the main objective of rendering services to God and the cardinal objective has been to amass wealth at the expense of the State.  Even the big time orthodox or traditional churches which in the past were not used to this practice, have also joined the bandwagon of commercialising their operations to raise funds for their upkeep.  Some of them have established a well-furnished auditoriums and theatres with recreational facilities, where funerals, weddings, parties, private meetings, seminars and conferences among others, are held regularly and fees are charged for the use of the facilities.

As for the private and one-man churches, the least said about them the better.  Some of them have instituted consultation fees for members who are interested in seeing their pastors, evangelists and so-called men of God for special healings and deliverances.  Some of these men of God have used their intelligence to come out with special water and anointing oil which they sell at a fee to their members or congregation.  Consultation fees, attract various sums of money from gullible and interested members who want to see their pastors for problems solving.  Let us also don’t forget that some of these churches have established and running their own television and radio stations. These are some of the avenues being adopted to raise funds for their churches and the pastors.  I was told of a particular one-man church where the pastor imposed a levy on members just to purchase a car for himself.You cannot rule out some of these so-called pastors and men of God asking their members to fill their wardrobes with clothes and other items for them and their wives.

PUBLIC ARGUMENT ABOUT CHURCHES PAYING TAX TO THE STATE

Some of these negative behaviours from leaders of some religious organisations across the country have necessitated the recent argument from the public as to whether churches should pay taxes on their incomes since they have commercialised their operations in various ways.  It is recalled that in August last year, this particular issue of churches paying tax to the state came up at a forum in Accra.  At that forum, the Commissioner General of the Ghana Revenue Authority (GRA), made it emphatic that his outfit would conduct investigations into the activities of all churches in the country with the view to tax them based on their level of business transactions.  Whether what he said a year ago has been carried out is something we need to know as Ghanaians.  It appears that at times, people placed in positions of authority made profound policy statements but failed to act on them and that has been the bane in our dear country.

PASTORS’ ARGUMENT ON PAYMENT OF TAX BY THE CHURCH

Currently, some of our well established and profound pastors in the country have joined the fray in this particular argument as to whether the church should pay tax to the state.  For instance, Dr. Lawrence Tetteh, the leader of the Worldwide Miracle Outreach was reported to have taken a swipe at people who were demanding the taxation of churches by the state.  He said in a speech recently that, “Today, very ignorant people wake up and say the church should be taxed.  That is an insult from the economic point of view; that is double taxation.”  He went further, “Remember in the history of the Bible, we had ungodly people who asked the church to be taxed.  What people lose sight of is that, the people you think are very rich, you can count them; you live in Ghana, how many pastors use Land Cruisers?  If you take the few of us (pastors) that seem to be doing well, we are not more than ten”.  According to him if you look at Ghana, but for the church, the nation would have been as illiterate as some nations of the sub-region. We should applaud the church, he said.  He asked; When you tax the church what do you gain?

Honestly, my good friend Dr. Lawrence Tetteh has admitted that only few pastors including him, which I can confidently agree, are doing well.  Dr. Tetteh is my greatest pal and I know his commitment to his pastoral duties and not like other profit making pastors, but I shudder to disagree with him about his views on pastors not to pay tax, even though they have commercialised their activities to make money.  Yes, some of these churches have complemented the efforts of government by providing mission schools to train our youth in addition to supporting community activities and these are quite commendable.  However, in a situation in which the chunk of these small churches continues to hide behind the pulpits to amass wealth without paying a dime as taxation to the state is to me not relevant and should not be entertained whatsoever.

REV ODONKOR’S ASSERTION ON THE CHURCH BEING TAXED

The Clerk of the General Assembly of the Presbyterian Church of Ghana (PCG), Rev. Dr. Gordon Nii Noi Odonkor, also in an address, admitted that it was just and fair for the government to tax churches on business they do.  To him, churches are not island in the running of the State and once they engaged in a profit-making venture, they needed to be taxed on those activities.  However, he said, offertory and tithes, especially where they were used for social work, could not be described as business for them to attract tax.  He said in an interview with the press that “if churches collect offering and use the offering for charity work, it will be unfair to tax them. But where we do business and especially where these businesses are for individual pastors and these monies go into individual pockets, I think it is Christian, it is fair and it is just to tax them like all other businesses”.

I believe most Ghanaians including me, appreciate the thought and viewpoint of Rev. Odonkor on this particular issue and will suggest that the law that exempts churches from paying tax to the State should be re-examined and amended so that churches operating on commercial lines should be roped in the tax net to generate enough revenue to carry out developmental agenda of government.  So many avenues to generate revenue for the state, remain untapped while the people are being constantly burdened with all kinds of taxations that are making life unbearable for Ghanaians.

The Ghana Revenue Authority must initiate moves to ensure that individual churches that are scattered across the country and are making profits at the expense of the State are duly registered and taxed for the betterment of our dear country.