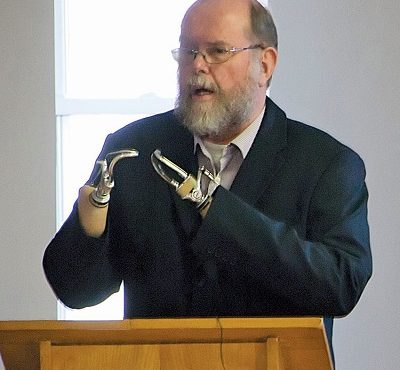 A book titled, “The Galamsey Entrepreneurs—The Bane of African Nations” has been launched in Accra to commemorate the fourth anniversary of the demise of Major Maxwell Mahama, who was killed at Dankyira Obuasi in the Central Region in his fight against illegal mining.

The book authored by Joy S.A. Alamu and published by KingSmaker Publishing is focused on the negative impact of illegal mining and how best to salvage the situation to provide gainful employment for the youth.

Mr Samuel Abu Jinapor,Minister of Lands and Natural Resources, in a speech read on his behalf commended the author for documenting the ills of galamsey.

He said the over exploitation of gold in communal mining had been associated with negative impact which called for a remedy to the situation before it became worst.

“We would also want to pay glowing tribute to the memory of other security personnel, and all others,who have gallantly fought against illegal and unnecessary destruction of our environment, the creation of hazards for both men and animals as well as other unacceptable behaviour by galamsey”, he said.

Mr Jinapor said it was his hope that the book would broaden the scope of entrepreneurs, especially, the youth in taking up the challenge of safe mining.

He said the government was equally engaging with stakeholders on a new small scale mining to change the negative narrative of the sector, saying,” we are saying, no more polluting of our water bodies,no more unnecessary degradation of our landscape, and no more unnecessary accidents, injuries and fatalities”.

Mr Jinapor said the new small scale mining would, while generating employment and other economic activities for as many community members as possible, would prevent unnecessary accidents and protect the environment.
The book was launched by Dr Wale Okediran, General Secretary of the Pan African Writers Association (PAWA) and the first copy was bought by Mr. Emmanuel Adumoa Bossman, Deputy Chief of Staff at GH¢10,000.