The need for a paradigm shift in attitude 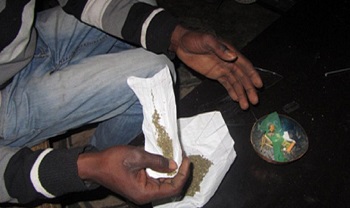 The mentality of our current youthful generation is that of get-rich-quick and this is very dangerous for our future, as a country. The average young person wants to have a car as soon as he finishes the university, a nice accommodation and all the luxurious things in life.  They want to get immediately what took their parents many years of hard work to obtain.  This is what has led to an increase in the 419 crimes involving the youth.

Society has become part of the problem because it no longer questions the source of people’s wealth anylonger.  When you go to the churches you cannot find an Elder or Deacon who is poor.  If you have money, the chances of being made a leader, is quite high no matter your level of spiritual maturity.

Church leadership has now become the preserve of rich people.  When the church, which is supposed to be the moral compass, loses its focus, then may God help us all.

When I was growing up fetish priests did not have sign posts or bill boards advertising their trade and presence. In fact,those who tried to seek spiritual help from fetish priests and priestesses, went about it under cover of darkness (what some people term as doing it Nichodemously).

What is even more worrying is the media attention being given these spiritualists who in complete disregard for the laws of the land, go to promote the claims of these spiritualists that they can produce or is it conjure, for those who patronise their services.  When somebody claims he can produce money, clearly it falls under the counterfeiting or money laundering yet I haven’t heard of even one of these so-called spiritualists being investigated for their activities which they boldly display on television.

Some even have their own TV stations meaning that the state accepts their activities.  What are we teaching our youth?  Are we saying it is okay to acquire wealth quickly without sweat and is it any wonder then that criminal activities involving the youth are on the rise?

Morality seems to have been thrown to the dogs and is no longer on the list of priorities of our national discourse.  The number of various forms of lottery, “Chacha” as it is known in our local parlance is alarming.  Very young people are so addicted to betting on soccer results and every Saturday, their whole attention is focused on the English Premier League to bet on the results of the various matches.

Is it any wonder that we are not developed as a country, when the youth instead of coming up with innovation are focused on betting?  The Bible says in Joel 2:28 that “..your young men shall see visions” but how can they come out with innovative ideas to transform our economy when their whole focus is on betting for quick money?  They need to be taught that in life, wealth acquisition is a process not an event.

In my early days as a child, young people were engaged in a competition to see who would come first in class.  There were not many role models at the time but nobody told us to go pick up a book to study.  We just knew it was the right thing to do if we were to become useful and responsible adults someday.

There are a lot of rumours of proprietors of Junior High Schools facilitating cheating during Basic Education Certificate Examination (BECE) to enable their pupils perform very well, to enhance the reputation of their schools.  What they fail to realise is that they have by their wrong action, introduced the children to corruption and has put it in their minds that it is alright to cheat.

When any of these children, gets to the University, would you be surprised she can use her body in exchange for grades?  What happens if any of them becomes the head of a financial institution or becomes the minister of Finance? Your guess is as good as mine.

Young people these days see studying like drinking of Quinine, so bitter for them yet they want to enjoy the good things of life. It does not work like that. These days when students are going to write the West African Senior Secondary Certificate Examination (WASSCE), they are thinking of how they can get “APO” (leaked papers), instead of trying to learn hard.

Rumours abound in the universities where lecturers demand sex for grades and some young girls also offer sex to lecturers in exchange for grades. I went to a barber’s shop late last year and overheard a conversation about a story of a lady, who out of shock forgot that somebody could overhear her while checking her grades on the notice board of a university and was saying to herself, “ This lecturer is wicked, having used me like this, still gave me a C.”  Why should this happen?  Moral decadence is on the ascendancy in this country.

These days you cannot listen to Radio and TV adverts without hearing of Bitters ”Alcoholic Herbal Concoction” being advertised and how it can empower men sexually and give them an erection for a long period.  Medical personnel have attributed the death of a lot of young men to these bitters.  Alcohol, we are told, poses a danger to the kidneys, yet because of these adverts and the lustful behaviour of the young men, they are hooked on it and the result is kidney problems leading to premature death.

In addition, alcohol according to research increases libido and dulls the senses.  A combination that can easily lead to unprotected sex, which can result in HIV infection and can also lead to an early grave.  Obituaries posted on walls show ages from 19 to 45, the most productive age group of the society and this would clearly impact the economy if not addressed.

There is an urgent need to intensify education for the youth to appreciate the need to do the right thing.  Young people have to be persuaded to have a desire for right values which would gradually inculcate in them a sense of patriotism.   Patriotism brings to mind the story of Stephen Akhwari, a marathon runner representing Tanzania, in the 1968 Olympics in Mexico.  The story has it that he fell along the way during the marathon, wounding his knee and smashing his shoulders against the road surface.

After  receiving treatment, he continued the race and came in about an hour later after the first man had crossed the finishing line. Asked later by journalists why he decided to continue the race when he knew there was no point in doing so, he said “My country did not send me 5,000 miles to start the race; they sent me 5,000 miles to finish the race.”

Unfortunately, the shepherds who are supposed to be a moral guide, themselves are guilty of immoral values.  Their moral authority is lost so the message from the pulpit, most of the time, lacks conviction because the message is as good as the messenger.

Secular leaders are equally guilty of this moral decadence. They would like to sleep with young ladies before employing them.  Promotions will have to be obtained through sex and if you do not want to play ball, you will be stuck at one level for a very, very, long time.  Men and women of conscience, need to rise and make their voices heard from the pulpits, from the corridors of academia, industry, civil society, the legislature, the judiciary, the media and finally from the corridors of power.  A national crusade must be waged against moral decadence andunpatriotic behaviour so God can bless our homeland Ghana and make our nation great and strong.