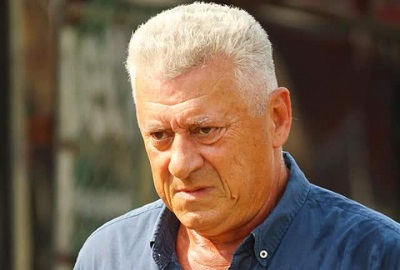 Hearts of Oak have been hit by a double whammy of misfortune: First, it was the resignation of their Serbian coach Kosta Papic, followed by the club’s goalkeeper’s trainer – Ben Owu. Perhaps, the latter’s action is no big deal.

The Serbian trainer handed in his resignation on Monday, attributing his decision to interference from the Hearts top hierarchy.

“The influence from the management and board in player selection will make every professional coach uncomfortable at Hearts of Oak,” Papic told Accra-based Angel FM.

Papic, who was having his second stint with the Phobians, had been in charge of 10 games – winning four, losing three and drawing the rest.

For a club that is fiercely hunting for its first silverware since the 2008/9 season, the Serbian’s run may have given many fans some discomfiting sense of worry.

That is fair enough.

Of course, in a situation where the coach is pointing to a panoply of interferences in his work, one cannot entirely fault him for the slump that has seen the Phobians now occupy the 11th position on the log with 17 points – eight adrift the leaders – Karela United.

The worse situation a coach can face in the course of his work is when his employers attempt to select players for him. This is one perplexing aspect many Ghanaian coaches encounter, but for fear of losing their job, they ‘hold their noses’ and endure the pain.

When you interfere in the job of the coach, you must as well share or take the blame when he performs abysmally. Sure, you do not pass the bug. You do not give the dog a bad name with the solitary intention of hanging it. That is the modus operandi of some big wigs in management positions.

One must, therefore, gild the lily of Papic for deciding to leave the club in the lurch. It was a smart move by a coach who appears clairvoyant to the catastrophe that awaits him if he continues to be at the helm of affairs.

Clearly, he could no longer take the bunkum-baloney anymore!

But more important, Papic’s exit must spark off a revolution in the club. It must be known as the ‘Papic’ revolution. The club’s faithful must wake up and ensure that the right thing is done. They must smoke out the bad elements in the club whose only preoccupation is to interfere in the work of coaches by insisting on players to use – without which they are victimised.

Indeed, in the last decade or so, Hearts have sacked more than 12 coaches, averaging about two in a season.

Question: With this string of recklessly thoughtless dismissals, what has it achieved for Hearts? Nothing! Instead, tears and heartbreaks! What stops the club from maintaining some consistency? Are we saying all these coaches sacked were not up to it or because they did not enjoy cooperation from the players? Certainly, something must be wrong somewhere!

It is the reason a good number of the fans think the current Board and Management of the Club appear clueless, bewildered and befuddled as to how to turn the tide around and must be flushed out.

On Wednesday, management of Hearts held a news conference and attributed the exit of Papic to things other than interference, insisting that they did their damnedest trying to convince the Serbian to stay.

Well, truth is, Hearts supporters are going through some harrowing moments now. Undeniably, if the worst comes to the worst and the club falls, it will be supporters who would pick up the pieces. But would the fans want to pass the time, sit aloof until such worse moment arrives?

It does not seem so!