The punches and emotions: Where is beef taking music industry? 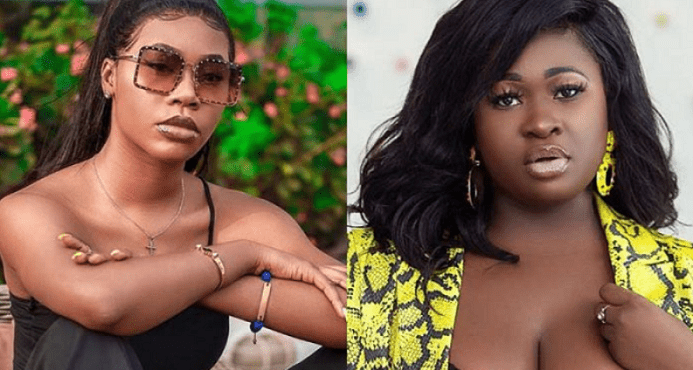 Beef which is slang for friction between artistes in the music industry had been in existence for many years, and Ghana’s music scene had not been spared the phenomenon.

At times, these hard punches that are thrown about end up bruising emotions of the targets thus leading to a long standing animosity between them.

There had been many occasions where musicians in the country threw lyrical shots at their colleagues to express their disapproval at certain utterances made about them in a controversial manner.

Sometimes the feud is over after a couple of diss tracks and later resolved with a face to face meeting. Other times, they ended in violence, and sometimes, they don’t end at all.

An example in Ghana’s music circles is that beef that existed between Ex Doe and Chicago, Obrafour against Okyeame Kwame, Sarkodie versus Shatta Wale, Kwaw Kese against Shatta Wale, Medikal and Strongman among others.

One which had attracted many eyeballs was Shatta Wale and Stonebwoy’s beef, which resulted in marring the 2019 Vodafone Ghana Music Awards, after the latter pulled a gun, following a provocation by Shatta Wale.

After, it became a legal tussle, taken over by the police and the judicial system of the country, a businessman came into the scene to patch up the crevice between the two dancehall gems. This is to say, it ended peacefully, and since then, nothing scrappy has come from both camps.

An example of a beef which seemingly became violent in the United States of America and led to the loss of lives was the famous Notorious BIG and Tupac Shakur, a feud which was believed to have ended the lives of these artistes, even though no one had been prosecuted for either murder, and there’s no evidence that the beef directly led to the killings.

Both were on good terms until Tupac was shot five times in a Manhattan recording studio on 30 November 1994. He suspected Biggie and his mentor, Sean “Puffy” Combs, of arranging the shooting.

This blossomed into a more dangerous vendetta between the east and west coast factions, stoked by lyrical provocations from Biggie “Who Shot Ya?” and Tupac “Hit ‘Em Up.” Tupac was gunned down in 1996, and Biggie, six months later.

Mention can be made of Drake and Meek Mill, Kayne West and 50 Cent, Kylie Genner and Black Chyna, Nicki Minaj versus Azealia Banks, Khloe Kardashian against Amber Rose, Jay Z and Nas among others.

Currently in Ghana, there is some thunderous lyrical shots fired from the camps sultry singer, Sista Afia, rappers, Eno Barony and Freda Rhymz. They have expressed their disaffection at each other by showing their prowess in diss songs, even though some music lovers found some of the words to be unfortunate, as body shaming and wild sexual allegations took center stage.

The whole brouhaha started when Sista Afia, an afro-pop and highlife singer decided to exhibit her rap prowess, which she was not noted for, to stoke some controversy among the female musicians in Ghana.

Sista Afia released a diss song titled “WTM” (Women Must Talk), on April 22, where she made some derogatory remarks about her fellow female musicians and claimed to be ‘Queen Solomon’.

As though it was not enough, she released another diss song, “U Got Nerves”, this time, it really got to the nerves of Eno Barony and Freda Rhymz.

Following this, Freda Rhymz fired back by going hard on Sista Afia with a new track dubbed “KMT” (Komot For There), calling her (Sista Afia) an emotional singer.

Irked by Sista Afia’s jab, rapper, Eno Barony who released “Rap Goddess” to declare herself as the best in the rap game, and further came through to punch hard with “Argument Done”, which even roped in male rapper Medikal, referring to him as a ghost writer doing the dirty works for the singer (Sista Afia).

Not letting down her guard, Freda Rhyme has fired another diss song dubbed “Point of Correction” targeted at Eno Barony and Sista Afia, making wild accusations against these artistes, asserting that, they gave sex for collaboration with male artistes.

Sista Afia who was pained by this, twitted that “I hope all these insults, when you see me, you will get that confidence to say it to my face”, quickly, Freda Rhymz replied by saying, “Oh please, you can’t do sh*t”, abrewa, to wit, an old lady.

Male Rapper, Medikal, who was roped into the beef, in a tweet has stated that “Don’t ever think I will waste time recording a diss track for a female rapper, especially, when the person looks like a corpse. Is a dead thing.”

Gradually, emotions are beginning to take the best out of what could have been a mere war of words due to some of the derogatory punch lines, which could end up in an unfortunate situation.

Even though beef has many negative tendencies because who fought the hardest to destroy the other becomes the order of the day, some music lovers believe that an industry without beef exhibits less competition which renders it more boring.

With all these accounts, where is this beef taking us? The good, the bad, or the ugly?