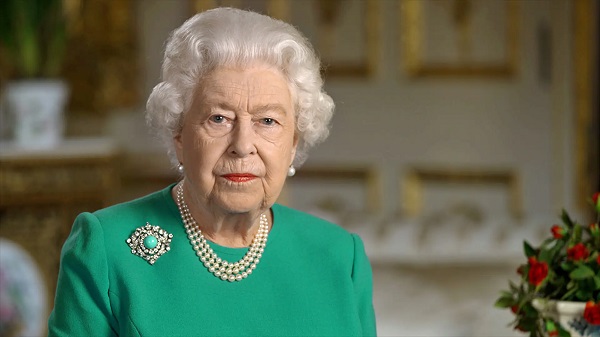 Queen Elizabeth; a symbol of courage and optimism

No matter where life takes us, a mother’s love and guidance can help us become secure, compassionate, and contributing individuals. Few if any mothers feel they measure up to that accolade. Yet their love and influence are undeniable. And that is why we honour them. A mother’s love can be so powerful that it can influence a child, a family, a community, and even a nation.

Elizabeth Alexandra Mary Windsor is a good example. By title, she was Queen Elizabeth II, Queen of the United Kingdom and other Commonwealth realms Her royal position could have made her aloof and out-of-touch with the people. But history says otherwise. For good reason, the Brits endearingly called her the Queen.

During the Second World War, England faced relentless aerial bombing; even Buckingham Palace was hit in the raids. Officials urged the queen to flee to Canada, but she refused to leave the land and people she loved. She became the symbol of the British fighting spirit, inspiring her subjects to courage and optimism.

The queen willingly sacrificed along with her people. She participated in food rationing, used space heaters to conserve fuel, and allowed only one bare bulb to light each room at Windsor Castle. She frequently visited bombed-out areas, offering hope to those whose lives were buried in rubble.

Sounds like a mother, doesn’t it? On the front lines and battlefields of life, they can rally the best in us. They build with courage, sacrifice, dedication, determination, and service—and above all, love.

Perhaps Queen Elizabeth’s second most remarkable gift is her ability to understand the nature of men and women.  In a 1954 broadcast the Queen inspired listeners by assuring them that “the upward course of a nation’s history is due in the long run to the soundness of heart of its average men and women.”

No single leader, no matter how influential, can do it all.  While one person can make a difference, real change the kind that lifts a nation, occurs when each effort is multiplied.  In this country we look often to those on whom the light falls most frequently; perhaps more than we should.  By moving the spotlight just a little, we find people like Jethro Mann of Belmont, North Carolina.  The children in his neighbourhood call him “The Bicycle Man,” because for years Jethro has maintained a collection of bicycles for children who can’t afford them.  Any child can check out a bicycle, but they must return it by four o’clock that evening.  If they don’t, they can’t use a bike the next day.  That’s Jethro’s way of teaching responsibility.

Jethro may seem alone in his effort, but he’s not.  In another town a man in a wheelchair repairs bikes for free.  Another man refurbishes used bikes and gives them to needy children.  Apparently there are “bicycle men” everywhere, mending broken smiles with a little elbow grease.

These are not men of royal birth, but average people with sound hearts who have become something quite special to thousands of children.  The world is full of these ordinary men and women who daily open their hearts to others in extraordinary ways.  These are the ones who through small but meaningful efforts are changing the course of nations.

May we each so live that our lives reflect the powerful influence of our lives on others and we don’t have to be royalty to do so.