The threat of food shortage in Africa 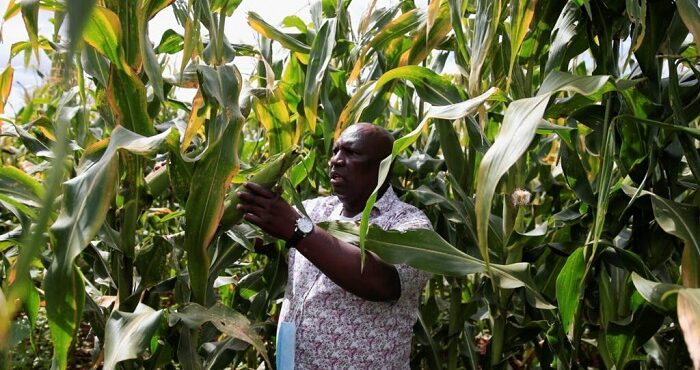 • Africa has around 600 million hectares of uncultivated arable land,
roughly 60 per cent of the global total

Even though all sectors of the economy in Ghana and elsewhere in the world are important, it is necessary that equal attention is paid to each of these sectors, especially the food and agriculture sector due to its essential contribution to the economy.
This is important because it is the agricultural sector that produces food and essential raw materials to feed the people and the nation. Without food, the people in any country cannot eat and become strong to go about their normal duties.

QUALITY FOOD
If people are well fed from quality food, they become strong and healthy and hardly fall sick assuming the environment in which they live is kept clean for the survival of the people.
Some credible institutions in the world such as the International Monetary Fund (IMF) have started warning African countries including Ghana to be very careful and position themselves for the farmine which is likely to confront them.

IMF WARNING
Indeed the IMF is warning of impending food security issues for Ghana and other African countries due to the ongoing war between Russia and Ukraine. The Fund said Russia’s invasion of Ukraine has pushed food and energy-related commodities to record levels on the global market.
The captured concern, it should be noted, is in the IMF’s Regional Economic Outlook Report released quite recently. This concern cannot be taken for granted.
The report has already made it clear that many countries in Africa are already struggling when it comes to food security, inadequate production of goods and services and also lack of many consumables needed by people in the African region to live good lives as a way of improving upon their general welfare.

NEED TO TAKE NOTE OF THE WARNING
Since Ghana is in the African region and has been mentioned in the report, there is the need for authorities in this country to take note of this warning and reposition themselves for the great battle ahead. Needless to say, the Russian-Ukraine conflict has created shortages in food supply from that part of the world to other areas. Apart from finished products coming from Russia and Ukraine, shortages of many raw materials for food production are being experienced, thereby making it extremely difficult for countries close to Russia and Ukraine to export adequate quantities of food and raw materials to other parts of the world including Africa.

The countries around such as Hungary, Slovakia, Czech, Romania, etc are thinking of their own food security and, therefore, are not in a rush to export their food items to Africa.
Even in a situation where they are willing to export some of these food items, the products have been strongly affected by inflation. For this reason, the food items are exported to countries in Africa at high costs since it has become extremely difficult for them to be produced at cheaper prices.

IMPORTS AT HIGH PRICES
The world today is, therefore, faced with a situation in which a variety of food items are imported at high prices. What Africa can do is to stop being import-oriented as far as food items and raw materials are concerned, so that they can depend on their own selves for adequate food production. This is what Ghana and other African countries need to do to forestall the dangers associated with food insecurity.
Ghana’s programme known as “Planting for Food and Jobs” together with other good programmes in the agricultural sector have come in at the right time. Indeed, had it not been this good programme of food planting, the situation would have been worse.

COVID-19 AND SHORTAGES
When the COVID-19 struck the world and created sudden shortages in food production, it is food items from this food programme that saved Ghana as a country. It made it possible for the people to be fed in all parts of the country because food items had been produced in abundance. Unfortunately, the food situation now cannot be said to be the best because of the soaring prices of foodstuffs in the country.
The prices of locally produced crops have become expensive because some of the raw materials such as fertiliser are imported. Since the fertiliser comes from the Russian-Ukraine area, their prices have naturally gone high, so we are expected to be confronted with high prices from now onwards until the end of the war between Russia and Ukraine. If the war does not end today or immediately, things will continue to be worse. Already, the prices of food items as well as fertiliser keep rising and rising. With the price of crude oil also rising higher and higher, it is becoming increasingly difficult for many people in African countries to cope with the unfavourable economic situation. Such a situation, unfortunate as it is, must end now and this is why we expect the two countries at war to reconsider their positions and the interest of the entire world, and do what they can to bring the war to an end.
It has been stated by certain people time and again that, it is not God the creator of the world who will bring an end to the world. Rather, it is the activities of man that will bring the world to an end.

RUSSIA AND UKRAINE
And how true this sounds in the light of what is going on between Russia and Ukraine!
Meanwhile, Ghana ought to continue to improve upon its Planting for Food and Jobs programme, so that enough can be produced to feed her own people and possibly the countries around. Also, the country needs to restrategise and begin to produce its own fertiliser to forestall similar occurrences in the future.

ECONOMIC SITUATION
The economic situation today is very challenging but with the right policies in place, Ghana will be able to overcome any obstacles and challenges that confront it today.