Things you shouldn’t do at the beginning of a relationship 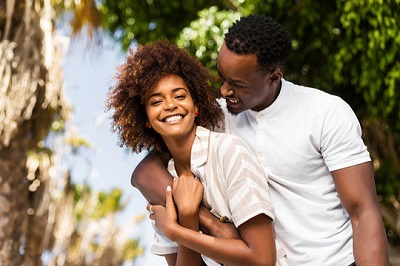 The beginning of a relationship is one of the most exhilarating moments for a couple. It is okay to be all over each other, but avoid letting your excitement ruin a blossoming romance.

It is normal to feel excited and hopeful of the future your relationship may have. But here are few things you should avoid doing in a blossoming relationship.

1. Playing hard to get

While it’s always best not to be too ‘available’ for your new boyfriend, it’s not a good thing to play hard to get. Your boyfriend will surely notice it, and it won’t make a good impression on him.

So, if you’re not busy, answer his text messages or calls. If you are available for a date when he asks, say yes. Just be honest, and stay between being easy and playing hard to get to make sure the relationship moves smoothly.

2. Being too clingy and needy

Since your relationship is new and you don’t know much about your new guy yet, it’s only natural to want to spend every waking moment with him. You want to get to know him, and you’re hungry for his presence and all the things that attracted you to him in the first place.

However, your boyfriend needs to breathe and do things on his own. Even if he likes you, he still has to have time for himself. He can’t be with you 24/7, so don’t pressure him into spending every moment with you.

Let him do his thing, and you’ll be amazed at how he’ll want to be with you more because you’re not suffocating him.

3. Being too jealous and possessive

Your boyfriend will likely have friends of the opposite sex who he still sees and talks to. Don’t prevent him from doing so because it’s inappropriate. You don’t want him to think that you’re the crazy girlfriend, right?

Don’t be jealous of these friends, because before you became his girlfriend, they were there for him and were his friends already. You probably also have friends of the opposite sex who you don’t wish to ditch for your new boyfriend. Be understanding and know your boundaries.

4. Expecting your boyfriend to read your mind

It’s easy to assume that your new guy knows what’s going on inside that mind of yours, but he doesn’t. This is why you should never expect him to be a mind reader. You have to communicate your expectations and needs to him, and he should do the same thing so that the relationship can flourish.

If you always expect him to know exactly what you need, you’ll be in for disappointment.

The problem with lying at the beginning is that it all starts with a small lie. To cover up that lie, you’ll be forced to make another lie until such time that you have to lie constantly so that you don’t get caught in the previous lies.

This is something your new partner does not deserve, so don’t make them suffer because of your issues. Be honest because they deserve the truth.

6. Talking about the future constantly

You just started dating so initiating talks about the future, like moving in together or settling down, is just inappropriate. While it’s something that can warm the heart of your significant other (given the affection you evidently have for him), it can also place unnecessary pressure on him (because he may not feel the same way just yet).

So, don’t ‘scare’ him away by this kind of talk. Just enjoy the ride. You can talk about how many kids you’ll have and when you want to start a family with him when the right time comes.

7. Losing your sense of self

Often, people stop pursuing their passions when they enter a new relationship. Even if you want to spend all your time with your partner, find time to do what makes you happy and fulfills you as a person.

If your partner shows any signs that he may have violent tendencies, do not shrug them off. Be sure to keep your eyes open and look for other signs that will confirm that he has issues.

It’s easier to walk away when you haven’t fallen in love with him yet than when you’ve already given him your all.