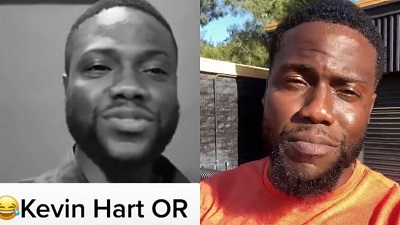 A young Ghanaian dentist who shares a striking resemblance with Hollywood star Kevin Hart is setting the Internet ablaze.

Known as Dr Awua, he is becoming the Internet’s newest sensation in Ghana.

Though Awua has a different voice from Kevin Hart, his looks make him a doppelgänger.

In one of his viral TikTok videos, he created an impression of the American comedian and the result was mind-blowing.

Even though many netizens believe Awua resembles Kevin Hart, he told Ghanafuo.com last week that he doesn’t look like the comedian in real life.

“Lol. Guys It’s just an impression. I honestly don’t look like him in real life,” he said.