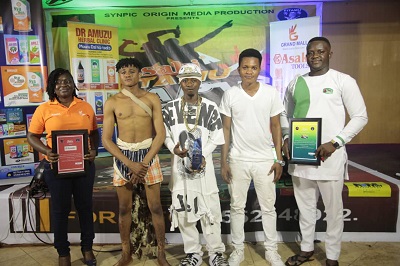 “Fita Mu” rap competition, is an initiative designed for mechanics to showcase their lyrical prowess.

The winner, Tico Tico, received a cash prize, a recording and promotion deal as well as a holiday trip.

According to the organisers the concept was also put together to serve as a medium to entertain mechanics and encourage them to bring out their hidden talent.

The  organisers, Synpic Origin Media Production, told The Spectator that they believed that most individuals engaged in such fields had a lot of hidden talents but, lack of support had killed their talent and desire to sing.

They added that for this reason the team decided to prove such platforms for the various fitting shops in Kumasi to compete for the ultimate.

For their prizes, they received a recording and promotion deal.