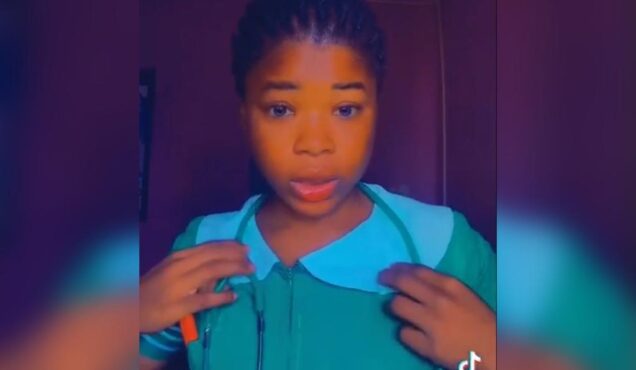 A nursing student in the North East Region has been summoned over some comments she made in a video regarding her practice.

The student of the Nalerigu Nursing and Midwifery College was seen in the video some days ago lamenting that she was forced by her family into the profession.

She seemed to be miming over a voiceover on TikTok which further threatened patients to stay away from any facility she may be posted to as she may end up killing them.

The post which has since gone viral has triggered a reaction from the Nursing and Midwifery Council (N&MC).

In a press release on Monday, the Council dissociated itself from the footage.

The N&MC further announced that “investigations have commenced earnestly to identify the said student and apply the necessary sanctions as enshrined in the Code of Conduct for Nurses and Midwives.”

While condemning the act, the Council has also cautioned students against the use of the uniform for non-professional activities.