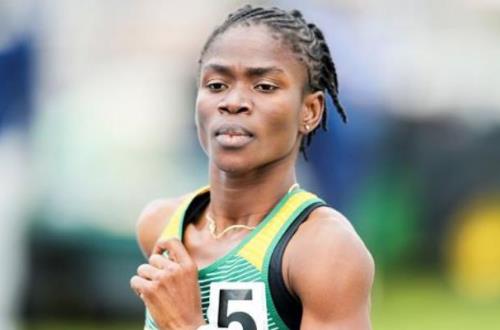 That, perhaps, is the reason why in moments of war or antagonism, there is always a window of opening to smoking the peace pipe.

Thus, after about six years of a battling disaffection and rancour, the stand-off between the Ghana Athletics Association (GAA) and the nation’s junior Olympic gold medalist – Martha Bissah, must be brought to an amicable end.

Martha, then 17, was placed on ice by the GAA for what it termed gross insubordination and indiscipline – claims the now 23-year-old US-based Ghanaian athlete decisively padded away – insisting she was victimised for speaking against the system.

Her ban came on the heels of the 11th All Africa Games in 2015, having a year earlier picked gold (nation’s only) in the 800m event at the Summer Youth Olympics in Nanjing, China.

That phenomenal performance was copiously hailed globally, and also got President John Mahama celebrating that momentous feat with a GH¢10,000 gift to the young heroine.

Ghana was once again in the spotlight for the right reasons.

Unfortunately, what was expected to instantly sparkle up Martha’s career, almost turned into a nightmarish ‘golden curse’ as the GAA indefinite suspension detonated with a big boom!

It came as complete stunner to many.

Mentally tattered and fatally distraught, Martha thought about hanging her spikes prematurely at age 18. A potentially magnificent career was about to be cut off and hurled into the bin.

Luckily, there was a divine intervention with the emergence of Ambassador George Haldane Lutterodt, a former GAA boss – who together with former national athlete – Kwaku Nimako, managed to secure scholarship for the poor girl at the Norfolk State University (NSU).

Indeed, since her arrival in the US, Martha has mushroomed into a phenomenal package, clinching hordes of laurels including being voted the 2018 NSU Female Athlete of the Year.

But for the GAA, her buoyant performances and professional glamour meant nothing to trigger a reversal of the ban – unless she apologises and pleads for clemency.

But Martha insisted she had done no wrong and could not apologise for a sin she did not commit.

Question is, for how long would this hostility continue? Can we as a nation not find an end to this all this while?

Shame unto us all!

Two years ago, the immediate past Minister of Youth and Sports, Isaac Kwame Asiamah, decided to step into the ‘fray’ after Martha’s consistent prodding, and directed the Prof. Francis Dodoo-led GAA to resolve the issue to enable the athlete compete for Ghana again. Sadly, nothing was done about the situation, the GAA jealously but doggedly sticking to its gun.

Most definitely, it is against this saturnine backdrop that Ambassador Lutterodt is urging retained GOC President Ben Nunoo Mensah, to stick out a finger into the long-running imbroglio and resolve it once and for all.

It a big shame on all of us – especially the authorities, to have allowed this issue to run for six solid years without finding a lasting panacea. What kind of people are we? Are we dealing with a murder case involving the poor, naive Martha?

It costs the earth; it costs an arm and a leg to continue to allow this issue to persist. It would be too expensive to bear and we shall look back biting our fingers off years later by failing to bring finality to this matter.

The entire thing is now getting messier – and it is like watching sausage getting made.

The two main feuding parties (GAA and Martha Bissah) and all affiliates must sit down, grin and bear it in the supreme interest of Ghana sports!

This ridiculous ‘war’ must stop! It is not fun and does not make sense any longer.