Toxic behaviours that push people away from you 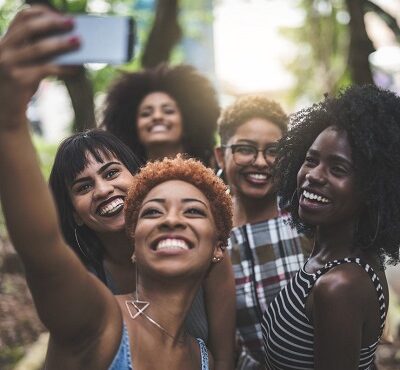 Mood swings aren’t limited to hormonal women alone. Everyone experiences them now and then. How often have you heard someone apologise for their inappropriate behaviour, using the I was in a mood’ line? Often enough right. Life is tough, not just for you, but for every single person. Maybe not in the same way it is difficult for you. Things don’t always work out the way you want them to. And some people put you in a mood by simply existing. But, if you allow all this negativity to engulf you and to profess in your behaviour, you’re not only harming yourself but everyone around you as well. Toxic behaviours will push people away. You yourself avoid toxic people, don’t you?

Being jealous of practically everyone!

Firstly, you should be grateful for all the good things in your life. That way you’ll never feel the need to compare your life with anyone else’s. Secondly, there shouldn’t be any need for comparison. Consider your family, let alone anyone else. Isn’t your life different than your siblings? It definitely is. Because you all want different things from life, your journeys are entirely different, and even though you’re related, every one of you has a distinct personality. There is no ground for comparison. Thirdly, even if there is something someone has that you want, instead of turning green with envy, focus on working for it. You’re only using your time in a better way and as a result, you’d get what you want.

Thinking every word and action is about you

So even if someone is being rude, or at their worst around you, it doesn’t necessarily have to mean that you’re the reason behind it. Sure if you’ve done them wrong, that kind of behaviour is expected. But don’t make everything about yourself. They might just be acting out because they’re having a bad day. It doesn’t have to do anything with you. You’re not the reason behind it. So don’t be offended by every little thing people say or do. Don’t take people’s negativity personally. You should know yourself better than anyone else. Therefore, when people are making baseless remarks about you, just ignore them. However, be sure to take note of positive criticism. It’s for your own good.

Constantly complaining about not having any power over your own life

Life isn’t all that fair at times. Everyone learns that sooner or later. But complaining about it doesn’t help in any way. It doesn’t allow you to move forward and simply annoys the people around you. There is always a tiny window of opportunity even in the most disastrous of situations. And you’d be able to find it, only if you stop whining so much and start focusing on damage control. Setbacks are inevitable, but allowing them to hold you back, is entirely up to you. You might not have control over everything, but some things are in your control. Like making the right choices for yourself. Acknowledge and embrace that.

Holding on to things

What doesn’t kill you would only make you stronger if you allow it to. Holding on to pain, heartbreak and loss is just excess baggage you’re carrying around. It’s weighing you down. It’s keeping you from moving forward and growing. Try transforming all of that into strength. All the things you’ve been through should only make you fearless. Learn to let go of everything that is holding you back. Design room for new emotions and experiences. Leave the past where it belongs.