Toxic behaviours that pushes people away from you (2) 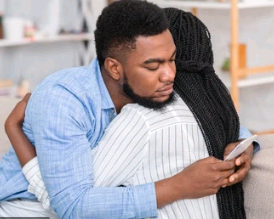 Being negative all the time!

Negativity can be contagious. And people are definitely going to stay clear of you if you have a negative mindset. A little negativity is bound to creep into everyone’s head. But if you allow it to reside there and grow, that’s where the problem begins.

Having no control over your emotions

You’re easily hurt and easily enraged. The tiniest of upset ticks you off. If this burst of emotions is too frequent, you should get to the root of it. A little slip of control once in a blue moon is excusable, but if it’s constant, you need help. Don’t be ashamed of seeking help when you need it. This will not only benefit you, but the people around you will also be able to take a sigh of relief.

People and things often don’t appear to be how they actually are. Don’t jump to conclusions about anyone. Instead of judging them for their behaviour, try placing yourself in their shoes. Consider why they’re acting the way they are. If they’re agitated with you, even when you haven’t done anything, it may be because of someone or something else. People act out of pain and anger all the time. Be understanding rather than insensitive.

People are becoming more self-involved and less concerned with others by the minute. Humans cannot thrive without compassion. It is something that holds us all together. It can help you win over people. When you lack empathy, you have no trouble being hurtful to the next person. You fail to realise the emotional and mental damage you’re causing them. You’re giving people a reason to resent you. Learn to be thoughtful of others. Never be the reason behind someone’s pain.

You dare to do immoral things when you know there isn’t going to be any accountability. Either you’re cheating in a relationship, or business, or any number of things, it is still wrong. Just because you can get away with it, doesn’t make it right. A healthy conscience wouldn’t allow you to do such a thing. When people place their trust in you, don’t make them pay for it.

If you’re not comfortable with being yourself, how can you expect people to accept you either? Don’t try to change your ways just to fit in. Because once you do, you’re going to revert to your old ways. People will take you to be a pretentious liar. Be yourself at all times. You don’t need people to like you, just to accept you the way you are. Every one of us is different from the other. Appreciate the differences. However, if there is room for improvement, never hesitate from becoming better than you were yesterday.

Depending on others’ approval

The only people who live in such a way are those who aren’t sure of themselves. Lacking confidence in oneself can be very off-putting. And since you want everyone’s approval, you’ll go crazy trying to win everyone over. It’s tiring for everyone involved. The offside is that you can’t please everyone. And despite all your efforts, you’ll never have everyone’s approval. It sidetracks you from becoming the person you’re meant to be and the things you’re supposed to be doing. Cease making your life difficult.

Being obsessed with perfection

Perfection, like everything else, is not a constant thing. What might seem perfect in this very moment, could be a problem the very next. Be flexible. If you keep going after perfection, your search will be an endless one, and never fruitful. Be grateful for what you have and be patient. Allow things to work out the way they are meant to. With time you’ll come to realise that what you have is a perfect fit for all your needs.