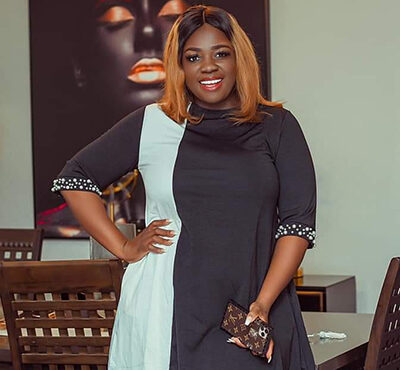 Actress and Movie Producer, Tracey Boakye, has blasted the Film Producers Association of Ghana (FIPAG) for suspending her.

FIPAG in a letter signed by its president, Mr James Aboagye  has suspended the movie producer.

“Our attention has been drawn to recent publications and circulation of videos on social media platforms of vulgar and unprintable exchanges between Tracey Boakye and Mzbel. The contents were so bad and affront to our Ghanaian cultures, traditions, and sensibilities.

The Film Producers’ Association of Ghana (FIPAG) finds their actions very regrettable especially that of Miss Tracey Boakye, who happens to be an actress and a film producer and, therefore, supposed to serve as a role model.

“In view of this, FIPAG has immediately suspended Ms Tracey Boakye indefinitely. She is not supposed to take part in any of the activities during this period until the situation is reviewed.” the letter stated.

Reacting to the suspension in a video on social media, Tracey Boakye also said, she was an independent producer not a member of FIPAG.

She went further to state that the association did not know how she raised money to produce her movies, hence they did not wield any right to suspend her.

According to her, she was not under FIPAG and had never been a member in her eight years journey as a producer within which she had produced 14 movies.

Tracey said that, she never received a call or a visit from FIPAG when she gave birth, adding that “she has done a lot of good things which never attracted the attention of the body.”

Against this backdrop, she wondered why a body which denied her voting right on the grounds that she was not a member, could later turn around to suspend her.

According to her, this move by FIPAG was only an attempt to capitalise on her issues to disgrace her.

Tracey has recently trended on social media for fighting veteran musician, MzbeL over a “sugar daddy”.

This action, coupled with some unprintable words used in her altercations has attracted a lot of backlashing  from the public.

This led to the “Baby Mama” movie producer apologising for the use of some vulgar words and disappointing her loved ones.