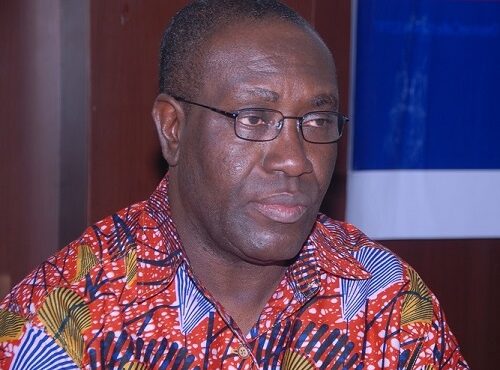 So, the month of June is just around the corner. And June is the sixth month of the year, thus, halving the year into two; with the remaining months to end the year, starting from July to December.

Readers, the Trades Union Congress of Ghana (TUC), the  ‘umbrella body’ of all the radical labour unions in the country, has ‘hoisted’ a ‘dangerous flag’ with a warning that before the end of June 2022, more and more labour unrests will occur in Ghana.

The proviso to the warning is: “If the Government fails to protect jobs and consider an upward review of salaries before the end of June  2022.”

The Secretary-General of the TUC, Dr Anthony Yaw Baah says: “For the past six years, the TUC has sought to use dialogue to resolve labour issues with its employer(Government) but that has achieved very little results.”

Speaking to Citi-TV just recently, Dr Baah said; “workers will resort to unpleasant means to press home their demands, due to the Government’s reluctance to give them their due.”

According to the TUC boss: “This is the signal that I gave (during the May Day) to let Government know that if they do not listen to us through dialogue, we will do what trade unions do.”

Dr Baah warned:”If Government does not change its way of doing things, in terms of protecting incomes and jobs, I can tell you that things will happen.”

Dr Baah said: “Reviewing the Single Spine Pay Policy and making sure that our incomes are protected is our priority.”

He added: “If inflation keeps going up, it will come to a point where we can’t take it anymore, and that will start serious labour unrests in this country, which will not be good for all of us.”

Recently, the TUC has intensified its calls on Government to improve the low wages and salaries many of its members earn.

Some labour unions spoke against the four per cent and seven per cent salary increment  offered by Government in 2021 and 2022 and accused the TUC leadership of having been compromised by Government.

They claim that the TUC rather chose to accept” a paltry four per cent and seven per cent salary increment for workers who earn the minimum to average salaries and rather overlooked the increase of the Article 71 Office Holders, who already earn higher salaries yet increased theirs to 79 per cent .”

The General Secretary of the Ghana National Association of Teachers (GNAT),  Mr Thomas Musah, also said:”Our current incomes have direct effect on our pensions,” stressing that , “this is the opportune time for Government to put smiles on the faces of workers, by adjusting salaries of workers upwards.”

Speaking in an interview with TV3, Mr Musah said:”Times are hard for workers and so salaries must be made to meet inflation figures, increment in transport fares, fuel price hikes among others.”

Mr Musah stresses:”The reason the issue of income has  become crucial and critical is that , the income you take today has a direct correlation to your pension; so if your income is very low today, if you go on pension , the money you will take cannot even take you home.”

A labour analyst says, much as the workers have the legitimate right to ask for salary increment and better conditions of service, Government must set conditions to measure levels of productivity at work places, to reward workers who meet their targets.

The labour analyst says:”Truth be told, if proper levels of productivity were to be measured at various workplaces in the country, many workers, including their managers , will be dismissed without any compensation.”

According to the labour analyst:”Some Chief Executive Officers of some State-Owned-Enterprises, which are constantly making losses without any justification,  are better paid than some of those making profits.”

The labour analyst says:”Even some of the President’s own Ministers are not performing to expectation, yet they are  still receiving the fat salaries they are enjoying.”

Some Ghanaians, however, say , Government must  quickly listen to the TUC and do the needful because  all rational labour unions under the canopy of the TUC are ready to ‘battle’ Government since they are all experiencing the current economic hardships,  mainly triggered by  known global factors.

This column is also prompting Government to ‘fruitfully’ engage the leadership of the TUC to avert the actualisation of TUC’s ominous ‘intents’ in its warning.

This is because if the threats are carried through, the impact on our ailing economy will be very difficult to reverse and the ‘holy’ name of Ghana will be tarnished in the eyes of the global community.

The TUC is a ‘mighty’ institution and Government must remember that June 2022, is just ‘hanging’ around the corner.