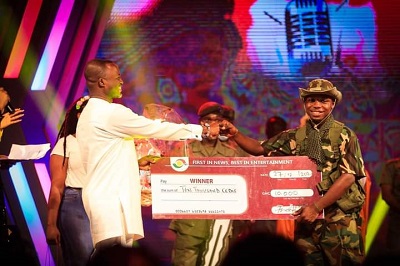 The just ended 2020 TV3 Mentor, organised by Media General, which was held on Sunday December 27, at the studio ‘B’ made me appreciate the need for such shows to help unearth a lot of music talents.

This year’s event commenced with an audition on Monday, August 31 2020, which was followed with the selection of 16 contestants to battle it out for  13 weeks.

The search of the brand new car and two mastered songs, GH¢50,000 worth of airtime across Media General platforms, as the prize package for the ultimate winner became keen week after week.

At the end of this journey, a first-year student of the Half Assini Senior High School, Kweku Bany, emerged as the winner, by ‘wrestling’ the coveted crown from the three other finalists.

Ayeyi walked away with a GH¢10,000 cash prize, a record deal and GH¢40,000 worth of airtime across all Media General platforms.

Netty, who came all the way from the Northern Zone, had GH¢5,000 cash, GH¢20,000 worth of airtime across all Media General platforms, a record deal for placing fourth.

One thing I observed was that the contestants played their game to the theme of the event “Own the stage.”

And there was no denying the fact that the judges who served as mentors for contestants played a vital role in the growth of the artistes right from the onset, laced with their encouraging and thought-provoking critique of their performances.

There were times, the judges clashed over these contestants to get the best out of them.

There were the ‘unseen’ moments where the judges took the contestants through rudiments of music and stage artistry to make them ready to perform to the general public on Sundays.

For an artiste to be able to breakthrough the music barriers and become a household name in both his country and other parts of the world, costuming, stagecraft, and confidence on stage must be topnotch.

One of the things the contestants did not take for granted was their costuming. Their sense for the right costume which corresponded with their their choice of song and stage craft, proved their seriousness for the global music market.

Like the tag-line suggested, ‘Own The Stage’, these contestants on the stage  kept their composure and controlled the affairs with amazing commanding bravado tied with an intermittent call and respond, which got the patrons in a ecstatic mood.

The use of right prop made the performances lit and enthralled the audience.

Interestingly, this year’s edition had about four Westerners, Kweku Bany, Ayeyi, Semenhyia and Hyndu out of the 16 contestants brace

all odds to make it to the final six.

This did not end there, as Kweku Bany, Ayeyi and Semenhyia came up as first, second and third respectively, through their dexterity and showmanship.

In recent past, contestants from the Western part of the country have caught the eyes of the public with their excellent delivery on the platform.

Such reality shows serve as platforms to groom talents for the next generation of musicians in the country. They take these budding artistes through a lot of training to ensure they meet the demands of the global music market.

For this reason, they should be given the needed support to stand the test of time.

Kudos to Media General for such resilience in running the show for these years.