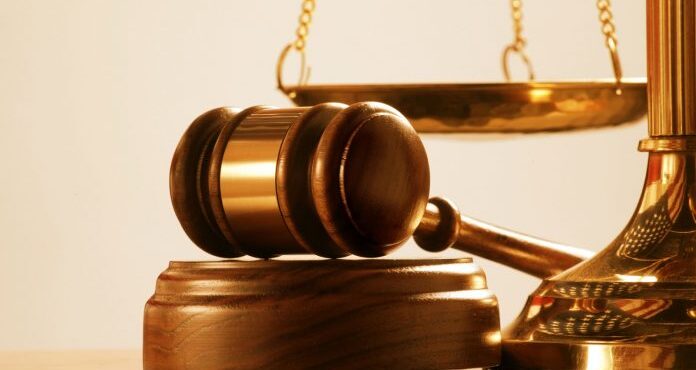 An Accra Magistrate Court has sentenced two persons to a fine of GHC 10,000 or in default spend three months imprisonment with hard labour.

The two – Ebenezer Lamptey and Mawuli Wudaa- who pleaded guilty, were convicted on Monday by the court for flouting provisions in the Accra Metropolitan Assembly (AMA) Bye-laws 2017 and Public Health Act, 2012 (851).

According to the Head of Public Affairs, Gilbert Nii Ankrah, the offenders were dragged to the court on a bench warrant effected by Public Health officers of the AMA led by Florence Kuukyi after they failed to appear before the court when they were summoned.

He disclosed that Mr Lamptey was dragged before the court by the Assembly for operating an unhygienic dilapidated concrete pit latrine on the verge of collapsing and discharging effluent into the drains contrary, to Section 11 of the AMA Sanitation Bye-laws whilst Mawuli Wudaa at the time of inspection had employed the services of seven persons without health certificates at an eatery and stored their food items in a rusted refrigerator likely to cause contamination.

He explained that under the AMA 2017 Sanitation bye-laws, a person commits an offence if that person for instance discharges effluent into the open, drains, the compound of that person or the environment, operates a public or commercial toilet without a valid permit from the Assembly, defecates in the open, drains, or one’s compound, or indiscriminately dumps solid and liquid waste in open spaces, drains, gutters, behind walls, or burns solid waste in one’s compound.

“It is an offence u der the by-law if you fail to keep the premises free from overgrown weeds & hedges, stagnant water, and any unwholesome or otherwise offensive matter as well as drains that abut the premises up to the middle of the street, clean,” he added.

He said the AMA Food and Hygiene bye-laws 2017 also mandates all food handlers to be subjected to screening after which they would be issued with valid health certificate renewable yearly basis adding that Food handlers were required to produce on demand.

He cautioned individuals and entities that produce food for public consumption to ensure that their staff were medically screened and issued medical health certificate cards to ensure food and public safety.