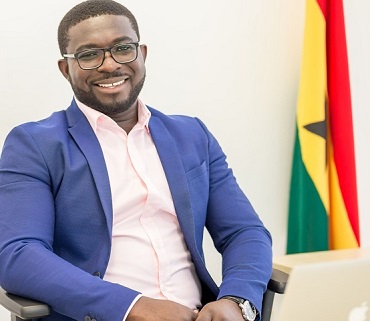 President of Division One League (DOL) club, Phar Rangers, Nana Yaw Amponsah, has asked the Ghana Football Association (GFA) and other stakeholders to take advantage of the break occasioned by the COVID-19 pandemic to solve some of the challenges encountered in the football league.

Nana Amponsah stated in an interview that, “there are bad pitches across the country which is affecting our football and we cannot resume without doing anything about it. We need to take advantage of the current situation to improve upon conditions at our league centres,” he stated.

The former FA presidential candidate said the FA had not been proactive enough in its approach in ensuring the resumption of football in Ghana.

“Currently, pitches are in bad shapes due to the lack of football and cannot be ready for use in the next one or two months; making it impossible to start the league in the coming days,” he stressed.

According to Nana Amponsah, the earliest time the league can resume is September to allow the authorities to work on the pitches and other essentials.

“With that, a new league must be started with the old one cancelled. There should be no promotion and demotion.

“The earlier we take a decision on the league, the better it would be for us, but we must ensure we put things in the right place before we resume,” he cautioned.

Nana Amponsah said the importance of football in the country cannot be quantified with its power to prevent crime and offers of  a job for players.

He said it was important to make Ghana’s football attractive on the international scene but before that, the FA must first make it attractive on the home front, adding that, “this is what will make the transfer market attractive as players move from one team to the other, leading to improved cash flow and subsequently, boost the football economy”.

The Phar Rangers boss urged clubs to position themselves well to benefit from government’s US$600 million stimulus package for Small and Medium Scale Enterprises (SMEs) affected by COVID-19.

“My club and others have been registered as limited liability companies at the Registrar General’s Department and not by the FA so we can access such funds on our own without having to pass through the FA,” he explained.

In Nana Amponsah’s view, the GFA has been insensitive to its members during the COVID-19 period as they spent the available money on office renovation instead of thinking about the well-being of the players.

He asked the GFA to reconsider its position on the $500,000 package from FIFA to support revenue losses due to the COVID-19 pandemic and make it available to clubs to support their teams.