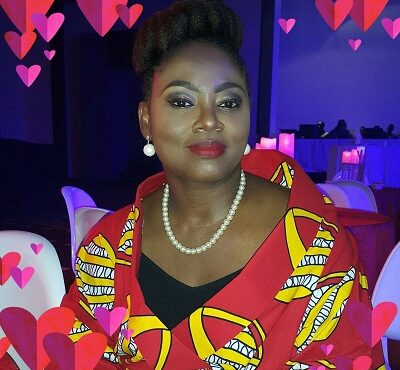 It is the time of the year where musicians and others involved in music production in the country who have excelled in their craft within the year under review, are acknowledged.

In line with this, the oldest music award scheme in the country, Vodafone Ghana Music Award, VGMA last Saturday unveiled nominees vying for the ultimate in various categories.

According toTheresa Ayoade, the Chief Executive Officer(CEO) of Charterhouse Productions, They received over thousand entries, and together with experts in various music genres, they settled for the finalists.

Some of the new additions to the categories are, Extended Play (EP) of the Year, Afrobeats/Afropop Artiste of the Yearand the erstwhile Best Rapper of the Year category is now known as Best Rap Performance of the Year.

As part of this year’s event, there would be two digital music seminars and three nominees jams with other interesting activities ahead of the main Awards night slated for June 12, 2021, at the Grand Arena in Accra.

The observations by some music lovers was not different from the reactions which has accompanied the scheme for the last 22 years since its inception.

There are some categories with keen contest which, according to many, would be difficult to stick one’s neck out for a musician, others have also expressed surprise and disappointment at some names which made it to other categories and other artistes who did not get any nominations.

It would not be an easy battle in the contest for the ruler of Ghana music being, the Artiste of the Year, as Kuame Eugene, the title holder squares it off with Sarkodie, KiDi, Adina, Diana Hamilton and Medikal.

The Gospel Artiste of the Year, would as well be a tough competition between Eric Jeshrun, Joe Mettle, Akesse Brempong, Diana Hamilton,MOG Music, Empress Gifty Adorye and Celestine Donkor

The Raggae Dancehall Artiste of the Year, would be a difficult contest as reigning champion, Ras Kuuku, comes face-to-face with Samini, Laruso, Epixode and Kaphun.

The battle of the Best Group of the Year will be between, Bethel Revival Choir, DopeNation, Dead Peepol and Keche.

Another tough battle is the Producer of the Year whose magic wand gave Ghanaians an irresistible song last year, as Chris Rich Beats, Yung Demz, Street Beatz, Richie Mensah, MOG Beatz and Willis Beatz prove their mettle for the crown this time round.