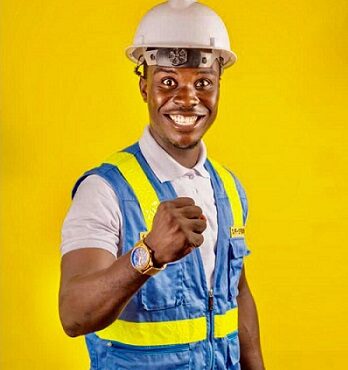 Technical and vocational skills acquisition isa long-term profession to empower the youth who venture into Technical and Vocational Education and Training (TVET).

This, according to Mr. Okai Boamah Isaac popularly known as OBI, the Chief Executive Officer of OBI Roofing Systems, would serve as an intervention to bridge the unemployment gap among Ghanaian youth and also act as economic intervention for the nation as a whole since it would generate revenue for the country.

Mr. Okai said these when The Spectatorinterviewed him on the genesis of his career and personal life in Accra.

The CEO has trained many youth to acquire the skills and knowledge in good and quality roofing installation which has made such individuals become independent workers contributing their quota to national development.

In his quest to make life worth living, and surmount every impediments on his way, Mr. Okai made conscious efforts by rising through the ranks of being a worker at various roofing companies, and now a CEO of his own company.

Mr. Okai who hails from Kwahu-Abetifi, in the Eastern Region and lived in a village called Hweehwee also at Kwahu was brought up by his parents, Madam Adwoa Serwaa Sabina a native of Kwahu-Abetifi and Mr. Philip Havor from Ada in the Greater Accra Region.

He lived with five siblings, a brother and four sisters Mr. Okaiis the first born and lived at Hweehwee from 1994 to 2000.

He had his elementary school education at Hweehwee but the family later moved to Nkawkaw and settled at Atta ne Atta a suburb of Nkwakaw.

After his technical and vocational training at the institute, Mr. Okai worked with DBS Roofing Ghana Limited from 2013 to 2015 as a roofing installer.

In 2013, he worked with Big Bond Roofing Company at Industrial Area, Accra, till 2015 and moved to work with Tompoo roofing at Kasoa in the Central Region from 2016 to 2018.

Mr. Okai in 2018, established OBI Roofing Systems where he has been managing and operating his own roofing company to meet the needs of the Ghanaian builder in any type of building.

“The Ablekuma Point 5 branch of the OBI roofing systems has an engineer as its manager and because of that it has aided the company to move at a pace which puts it above other companies in terms of value for money work delivery”, Mr. Okai told The Spectator.

In order to increase the interest of more youth in technical and vocational training, Mr. Okai has set up a training centre to help the youth acquire skills better of their lives.

He lamented that there were a lot of people who had been to technical schools for three years to do welding among other courses but when “you ask them to make a table, they are unable to do the practical works”.

“So at OBI Technical Training Centre, we give you the practical aspect of what you did in school as you learn the estimations and do the real work as you are supposed to do in satisfying your clients with the best work they require from you”, he said.

Since his speciality is in roofing, the trainees get the knowledge on how to install any type of roofing sheets at OBI Technical Training located at Ablekuma Bokoboko, in the Greater Accra Region.

“The training centre is open to men for now and as time goes on, we’ll know how to structure things and involve women because we do practical works which need physical strength to carry equipment at the site”, he observed.

Message to the Ghanaian Youth

“Ghanaian youth should try as much as possible to use their hands to do something because we use our hands and knowledge to do everything here on earth to succeed so if we do not use knowledge, we would later lament that there is no job in the country but there are actually a lot of jobs in the country which require skills and technical know-how, but because we do not have the knowledge about a particular job, we say there is no work”, Mr. Okai said.