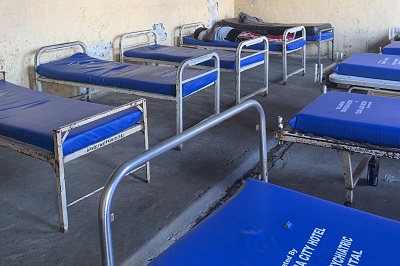 Residents in the Wassa Amenfi West District of the Western Region have expressed worry as  the area is gradually gaining status as a hotspot for the COVID 19 pandemic.

There is no isolation centre in the district to quarantine those with COVID-19 cases.

Meanwhile, the danger is that, all the affected victims or persons are walking free on the streets, The Spectator gathered, and there are genuine fears that the situation might worsen.

According to the Regional Situation Report (SITREP), Wassa Amenfi West now ranked fourth on the COVID-19 pandemic with 96 positive cases, as of Tuesday, June 30. Sekondi -Takoradi ranked first with 573 positive cases, followed by Tarkwa -Nsuaem  with 465 and Effia-Kwesimintsim,198.

The report  generally indicated that Wassa Amenfi West COVID cases  initially,  in  April 2,  tallied  zero positive, moved  to  one case  in June 5, and  has  since shot  up  with  178 negative cases while  178  cases are  also pending, within the period.

Responding to public concerns in an interview with  journalists,  the District Director of Health, Mary Magdalene Arthur,  said the number of cases recorded  did not show a failure on the part of the health team.

She explained that the efforts of the health team had reduced the number of COVID 19 cases in the area.

“This is not a failure on the part of the health team and the Regional Health Directorate will testify. We are, indeed, on the ground working. But the key challenge is  where to  send confirmed cases for isolation. It behoves on the Municipal Chief Executive (MCE) and his team to do that.  We are still waiting,” she said.

The MCE, Mr George Agyiri, on his part, also argued that, in April,  when the  COVID -19 pandemic swept the country, government directed all districts  to construct isolation centers, but, this, he added,  could not be done within a short period.

He said, the assembly decided to solicit the assistance of hotels in the district and other areas or hire completed houses to help reduce the spread of the virus.

However, most businesses had declined the offer.

“We have been making efforts to build an isolation centre, but in the interim, we need to hire hotels, but due to stigmatisation, the owners have declined.” Mr Agyiri told journalists.

The situation, he said, posed a challenge to COVID-19 emergencies.