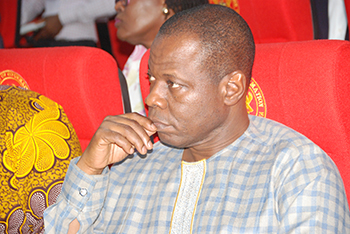 The Wassa Amenfi West Municipality in the Western Region has recorded it first case of COVID-19 since the pandemic broke in the country.

The suspected case came from a trader at the Asankragwa market, who tested positive at a hospital in Takoradi, at midnight on Monday, Ghanaian Times source revealed.

The source indicated that the woman had no travel history, and her samples were taken two weeks ago, and that contact tracing had begun.

Meanwhile, a report by the Western Regional Director of Health Service, Dr Jacob Mahama, and his team, dated May 26, 2020, indicated that the region over the past 48 hours, had recorded 18 new positive cases increasing the regional figure from 334 to 352.

Earlier, as at May 25, the number of recoveries in the region stood at six, one dead, 57 new positive cases and 53 suspected cases,

The report indicated that “major highlights screening at the entry  points  showed that cumulative total screened was 766,209; total screened for the past 24 hours 14,208; number of case with temperatures  less than 38 degrees Celcius, zero; those with temperatures more than 38 degrees Celcius, nine; number  of positive cases  one and four negative cases.”

For the negative cases, Wassa Amenfi Central tallied the lowest of zero with Tarkwa-Nsuaem recording the highest of 1,718 out of the total of 4,010.

The report showed that Tarkwa-Nsuaem has the highest number of pending cases of 762, followed by STMA, 443, with Wassa East recording the lowest of one out of the 2,234 cases.

Meanwhile, the Ghana Health Service Directorate had announced a snap visit to the Sekondi-Takoradi metropolitan area, to assist the region in stemming the increasing rates of new  positive cases recorded over the past 48 hours.