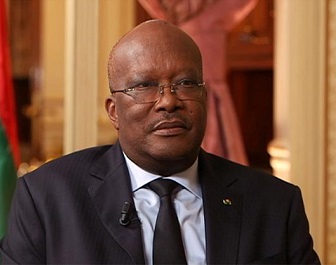 Mali and Burkina Faso must guarantee at a summit this week that their domestic political problems do not reverse fragile military successes against Islamist militants in the Sahel region, a French presidential source said on Monday.

Former colonial power France has deployed thousands of soldiers in the arid region south of the Sahara desert since 2013, and now has 5,100 troops there. But attacks by groups linked to al Qaeda and Islamic State have been on the rise.

Italian Prime Minister Giuseppe Conte, who is set to confirm a contribution to a special forces unit in the Sahel, and German Chancellor Angela Merkel will also take part by video call.

But there are fears that recent advances may be derailed amid political instability in the Sahel.

“All the progress that’s been made is fragile and can be put into question if the political momentum does not follow,” the French official said ahead of a summit.

“We see that in the Burkina and Mali context…So (what’s at) stake is to put in guarantees so that these electoral contexts don’t weaken the gains that have been achieved.”

Burkina Faso will hold legislative and presidential elections in November in which incumbent President Marc Roch Kabore is expected to seek a second term against opponents challenging his approach to tackling militants.

In Mali, there are growing concerns about instability in recent weeks after thousands of people took to the streets for the second time in a month to demand President Ibrahim Boubacar Keita step down.

Keita, in the middle of his second five-year mandate after a 2018 election, has struggled with an surge in militant attacks. -Reuters