When EPL turns into ‘Billionaires Club’ 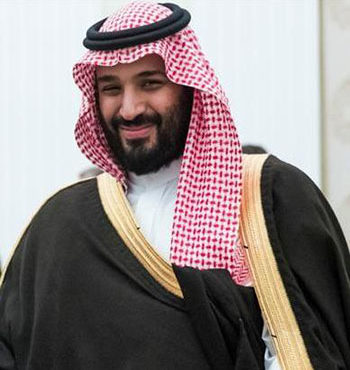 The English Premier League (EPL) threatens to see more competition and attraction from another emerging force backed by another “Arab Money” gradually marking the turn of the teams in the League into “Billionaires’ Club.”

Before the turn of the millennium, now well-known clubs including Chelsea and Manchester City were considered underdogs in every Premier League campaign. Their classification as one of the biggest clubs in England became evident due to their takeover by billionaires.

The emergence of billionaires in the league over the past decade has grounded the complete dominance of heavyweights such as Manchester United, Arsenal and Liverpool. Chelsea and Manchester City have become testaments that big money produces trophies; following the propose takeover of Newcastle United by the Crown Prince of Saudi Arabia, Mohammed bin Salman, the English topflight campaign will be expected to see at least six clubs (Liverpool, Man City, Man United, Arsenal, Tottenham Hotspurs, and Newcastle United) competing for the title with lot of respect to other clubs.

The owner of the Chelsea Football Club, Roman Abramovich bought the club in 2003 for 140 million pounds from Kent Bates, and immediately invested over two billion pounds into club.

The success revolution began in 2005 when Chelsea its first premier league during Abramovich’s era.

They would go to win 16 major trophies in the past 17 years making them the most successful in England since the Russian’s take over. The Stamford Bridge has celebrated the following titles in quantum; 1 Champions League, a pair of Europa League, 5 EPL, 5 FA Cups, and 3 League Cups. The club has attracted fine stars including Didier Drogba, John Terry, Frank Lampard, Petr Cech, Eden Hazard, Glen Johnson, Hernan Crespo, Andriy Shevchenko, Michael Essien, Ashley Cole, etc as well as top managers in the world of football including; Jose Mourinho, Carlo Anceloti, Antonio Conte, Filipe Scolari, Roberto Di Mateo (won the UCL), and Maurizio Sarri.

Another scenario of the movement of the “Billionnaires Club” empire in the EPL is the emergence the Arab billionaire from Abu Dhabi, Sheikh Mansour bin Zayed al-Nahyan in 2008. He took over City Football Group of which Manchester City is a part for a whooping 265 million pounds from then owner Thaksin Shinawatra. According to reports from The Sun Sport in February this year, the Etihad owner has forked 1.5 billion pounds worth of investment over the past decade.

Though the Club has never tasted glories in Europe, they have become a buttress root in the English topflight and other domestic trophies. Their 10 trophies haul including last season’s domestic treble during the Mansour era include; 4 EPL, 2 FA Cups, and 4 League Cups.

Following the proposed 80 per cent shares takeover of the St. James Park by the PCP Capital partners backed by the Public Investment Fund (PIF) of Saudi Aradia, the EPL as well as Newcastle United fans are preparing to welcome a new owner.

The PIF headed by the Crown Prince of Saudi Arabia, Mohammed bin Salman is expected to pay a mammoth 300 million pounds to current owner, Mike Ashley to complete the takeover. The PIF is reported to be worth 260 billion pounds.

Albeit, drawing references from Chelsea and Manchester City who also have billionaires investing in them, many Newcastle United fans are very excited and optimistic that they will become a force to reckon with due to the investment expected to be made by the Deputy Prime Minister of Saudi Arabia, Mohammed bin Salman.

The investment is expected to translate into several trophies in the year to come for the St. James Park that has not tasted any trophies for the past two decades and over. It is imperative to note that Newcastle United will have the richest club in the EPL as well as in Europe.