When will the AU take its destiny into its own hands? 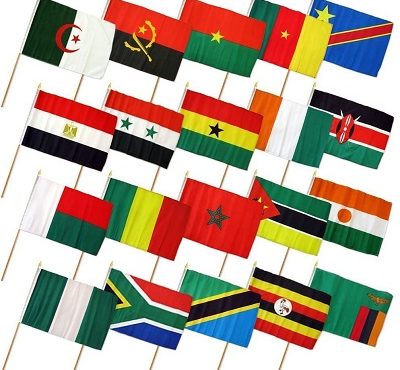 When Africa is mentioned, things that readily come to mind are poverty, conflict, famine etc.  The narrative on Africa has been nothing to write home about.  From West Africa to North Africa to the Central part of the continent, to the East and the Southern part, there is evidence of an unrest, a conflict or some other strife.

Currently, there is a serious conflict raging in Libya despite the COVID-19 which is ramping through nations and destroying economies. The other unenviable tag is a continent with a lot of epidemics like Ebola, which has been a thorn in the flesh. A deliberate effort at rebranding must be embarked upon to change the African story and this endeavour is non-negotiable.

The baffling question is why the African Union (AU) is in this situation when the continent is the richest in terms of resources, in the whole world?  Respect is earned and not granted on a silver platter, and for as long as African countries and the AU as a collective, begs for assistance from donor countries, the requisite recognition as a partner of equal status to other trade blocs and continents would continue to be a mirage.

When other countries are adding value to their raw materials and exporting them to other places to generate enough foreign resources to increase their Gross Domestic Product (GDP) to promote the necessary growth and living standards of their populace, most African countries are still exporting raw materials.

According to the insider.com, the Chocolate industry is about $103 Billion Dollars.  President Akufo-Addo in one of his numerous addresses, stated that Ghana and Ivory Coast together produces about 65 per cent of the total world cocoa production, yet can account of just about $6 Billion Dollars.

This is clearly the predicament of the African countries and, therefore, the predicament of the AU. Until there is a deliberate policy to focus on value addition and hence an industrialisation, the revenue inflows would continue to be forever inadequate and Africa would not become the economic power that it should be in order to generate the required respect from the international community.

There is the European Union (EU) which has been in existence for quite some time that the AU members can study and adopt or modify where necessary to give the AU project the momentum needed, to become really established to help the people of Africa and Africa descent both on the continent and in the diaspora.

A picture sent to me via WhatsApp showed a map of Africa with the natural resources available in each country clearly displayed. A glance at the picture removes any doubt about the fact that Africa is the richest continent in terms of natural resources.  In the near future, petroleum will lose its importance due to the use of electric vehicles and the clamour for reduction in CO2 emissions.

The countries or continent with other natural resources will become the most sought after trading partners and it is for that reason that the Chinese have embarked on a serious project of establishing relationships with African countries and the AU as an organisation.

According to Wikipedia, the Democratic Republic of Congo (DRC) has the potential to provide a third of the energy requirement for Africa. The right leadership that can implement policies that fit into the overall agenda of AU in the individual countries is what is required to transform the AU into a global player.

This was the vision of Dr Kwame Nkrumah and is still relevant today as it was many years ago, and, I dare say, much more relevant now when countries are establishing alliances.  There is no lack of personnel with the requisite skill in any field of endeavour to bring transformation on the continent.  What is required is the need to eschew selfish agenda of the various leaders of the individual countries and Africa will become a very powerful force to reckon with.

The need to address the crossing of the Mediterranean Sea by illegal migrants from Africa through Libya is an issue that must engage the attention of the AU.  The conflict in Libya is what has enabled this issue to fester. The AU must take charge by sending in an AU force fashioned after the Economic Community of West African States Monitoring Group (ECOMOG) model.  Africa cannot always rely on foreigners to resolve its problems totally.  When it initiates an action to resolve its problems, that would mark the beginning of the process of gaining recognition and respect at the world stage.

The illegal migration from Libya can easily be resolved if there is a stable legitimate government in place in that country which the AU is obliged to help establish.  The creation of an AU force must be given priority attention, so that the Libya conflict can be dealt with as soon as possible.

When the desperate attempt to embark on illegal migration to Europe across the Mediterranean Sea stops, then the international community will begin to see Africans in a different light.  At the moment, in the eyes of the world, Africans are a bunch of desperate and dangerous people who do not care about their lives. The AU would have to create the necessary environment for member countries to generate employment avenues for their populations, especially the youth to enable them shun the idea of illegal migration.

A deliberate policy must be adopted to instill in the African youth, a sense of self-worth and self confidence, that he or she is equal to any other person in the whole world no matter the colour of their skin. The sense of inferiority complex established by the colonial masters should be thrown away mentally, so that the African can be mentally liberated to pursue higher dreams.

The African Continental Free Trade Area (AfCFTA) agreement signed by 54 of the 55 countries of the continent, is one of the best things to happen in the life of the AU.  It provides a wonderful opportunity for trading among countries on the continent.  It is a vehicle with the requisite potential to quickly facilitate the transformation required to elevate the status of the AU to that of a respected player in the geopolitical arena.

The good book even says that “money answereth all things” according to Ecclesiastes Chapter 10, verse 19.  Economic power is what gives nations and trade blocs the power to influence decisions on the international stage and, therefore, it is imperative for Africa and for that matter the AU, to become an economic power house to influence international issues. It is high time the AU was given a permanent seat at the UN Security Council, given our contribution to world economy in terms of natural resources. Resources alone is not going to give us the right unless we translate the resources into huge GDP and that is what would command the respect of the world.