Why Patience Nyarko got it wrong “attacking” Joe Mettle 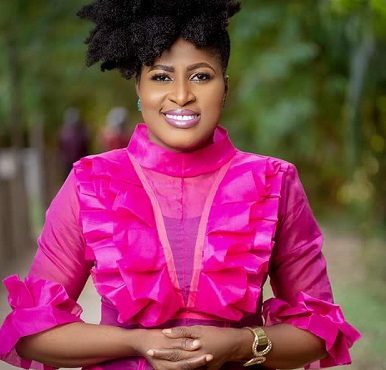 I had the surprise of my life this weekend, when I heard a gospel musician, Patience Nyarko, expressing disaffection for the hype of a colleague, Joe Mettle.

From the nature of gospel music genre, and what goes into it, it should be the last place where an artiste would be embittered by the rise of a colleague.

It was really surprising for such words to come from a gospel artiste even if provoked to the highest degree.

A true gospel musician is called by God and he or she understands the ministry and as such, must be guided by the Holy Spirit when making utterances about the ministry.

Why should gospel artiste Patience Nyarko be irked by a radio presenter, OB Nartey’s assertion that “Joe Mettle is the only artiste with an international appeal.”

This claim was seconded on Onua FM’s “Anigye Mmre” entertainment programme by another Ghanaian promoter, Allordia, in the United Kingdom.

According to Allordia, “most local gospel musicians billed for shows in UK flop, with the exception of Joe Mettle”.

This did not go down well with the “Obi Nyane Me” hitmaker, who felt it was an insult to other gospel artistes in the country.

Against this backdrop, she “fired” Joe Mettle on the show when expressing her disappointment, saying, “Joe Mettle doesn’t deserve his hype and that he mostly sings existing hymns.”

For her, there were other amazing talents other than Joe Mettle who wrote their own songs and must enjoy the spotlight, adding that Joe Mettle, who had been around for over a decade had not reached where Ghanaians were trying to project him.

At best Patience Nyarko and other musicians should ask themselves what is making Joe Mettle attractive to international gigs and all the hype as well as what he puts in his songs.

It must be made clear that there is no problem with a gospel artiste singing existing songs or hymns, rather it is how one is able to move the crowd and make ‘annointing’ rain on the congregation.

One mark of a gospel artiste is how to make the Holy Spirit fill a room during performances among others, not whose song it is. Congregation concentrates on the anointing, not composers.