Will Akonnor’s exit bring back the spark? 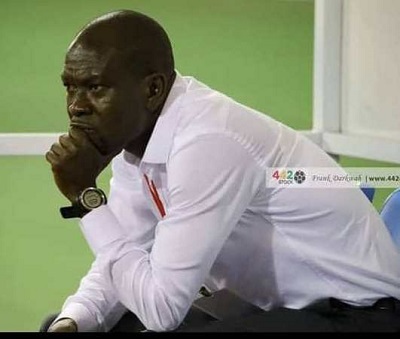 Days when the mere mention of the Black Stars evoked trepidation and terror, now appears to have evaporated into thin air.

Today, when the senior team take to the pitch, it is a painful penance watching them play as they are full of faulty passes, uncoordinated play, poor inter-positional changes, lack of passion and discipline, ineptitude, erratic shooting, low-on-intelligence, name them.

The drastic dip in form has come as a major concern to stakeholders – especially the long-suffering fans, who have had to endure a lot of anguish over the years – the Stars having failed to win any major trophy since Libya ’82 (39 years ago) when they annexed the continental Holy Grail for then fourth unprecedented time.

Failure to win the African crown all these years has seen Egypt now equal Ghana’s record – grabbing the coronet three times more, to make it number seven. Cameroon, who had not won a single trophy in 1982, are now five-time winners of the Cup. Whatever happened to Ghana, one can not readily decipher – unless to say that we have not been honest to ourselves.

We are pack of liars! Our football authorities have said one thing and done another. They have never been consistent with their own vision, and have always been betrayed by their own utterances.

Ghanaians have been told that only players playing consistently in their European leagues, and who are in fine fettle, would be invited into the national team. Not so? But is that what is happening now?

Less than three weeks ago, a Germany-based forward Bryadon Manu, blew the lid off the Ghana Football Association (GFA) after getting an invitation into the national team for the 2022 FIFA World Cup qualifiers – insisting that he did not expect it because he “hadn’t played much” at club level.

It was reported variously that Manu had played a measly 78 minutes out of the available 540 in the Bundesliga II and Pokal Cup, for club side Darmstadt, this season, and was stunned by his invite.

“It came like nothing; I was surprised because I thought it was fake. I didn’t believe it. The Ghana Technical Director (Bernhard Lippert) called to tell me and I was happy but still, I was like how? To be honest, I hadn’t played that much to earn the call-up but then I told myself maybe they had seen something in me that other people hadn’t seen,” the honest Manu shared on social media.

The 24-year-old was included in the squad for games against Ethiopia and South Africa because of the absence of some key players. He did not play in both games, though.

You see how they are toying with the national team? It is heartbreaking!

How do you call a player in a fourth tier club in Germany who is not even playing consistently – as against the very consistent ones in your domestic top flight – who have performed tremendously well in the just-ended league? If we cannot select players from a league that the GFA itself described as “highly competitive” and can match some of the best in the world, then there is absolutely no justification to have a running league. Do you not think so?

How would any coach worth his salt, ignore the top goal-poacher of his national football league (Diawusie Taylor)? What message are we sending to the world? That strikers in our top-flight are not worth considering? Well, that is a question for the Ghana FA and its German Technical Director Bernhard Lippert, to respond to.

So, on Monday, the FA relieved Black Stars Coach CK Akonnor of his post, following a series of bad performances. The sack did not come as a stunner to many. Akonnor himself could have saved himself this embarrassment if he had resigned his post long ago; because it was limpidly clear he was not in charge of affairs. Many European coaches in the kind of situation that he found himself ahead of his dismissal would have stepped down long ago to save his face. But typical of an African coach, he did not; he may have been thinking more about the $25,000 monthly salary.

Akonnor was sacked together with his two assistants – David Duncan and Patrick Greveraars and Lippert is expected to work with the goalkeeping coach and other technical team members left in the interim. It baffles the mind why Lippert is still at post. As the Technical Director, how could he absolve himself from blame in the milieu of the foregoing, especially with regard to the Stars’ despicable performances? How do you set up the man to fail by inviting fourth division players for him and think you should not be touched?  Indeed, what has Lippert added to the team since his appointment last year? This is unacceptable by an FA whose president should also have packed off with the shamed technical team.

As of press time on Wednesday, it was reported that the FA had appointed former Black Stars coach Milovan Rajevac, the man who spearheaded the team to that momentous quarter final berth at the 2010 World Cup tournament held in South Africa. Whether the Serbian’s second bite of the cherry is going to be successful or not, would to a large extent, depend on the consummate backing of the GFA.

The Stars slipped into third position of Group G of the World Cup qualifiers after losing to the Bafana Bafana of South Africa at the FNB Stadium in Johannesburg on September 6. The South Africans now have four points (having earlier drawn with Zimbabwe away). Ethiopia are second on the ladder with three points after upstaging Zimbabwe at home, the last-gasp win coming via a 94th minute spot-kick.

Though only two games played, the Stars – former World Cup quarter-finalists, have not given any strong indication of making it to the Mundial. They have been very less inspiring and really embarrassing in both games against Ethiopia and South Africa, selling out some disjointed football of dishonour to the world.

Indeed, against Bafana, the Stars did not even fire a single shot at goal. For 90 minutes, they lumbered their bodies on the field like drunken giants moving with the limbs of a mosquito. It was disgraceful watching them on a soil on which they subdued the world to some eye-catching piece of football during the 2010 World Cup tournament. It was the major trigger to Akonnor’s eventual departure.

Come next month, the Stars would attempt to stage a resurgence of their World Cup campaign as they first host Zimbabwe (who have also replaced their coach) and then hit the road to face them in the return. Question is, can Ghana pick the maximum points in both games? Would Akonnor’s exit bring back the missing shine with the appointment of a new sweat merchant? A sixty-four-thousand-dollar question with no response for now!