Winning back a nation’s confidence 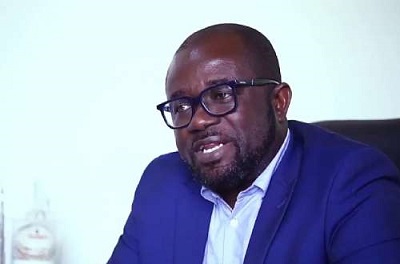 BARELY a few days after taking over the reins of power in 2019, the Ghana Football Association (GFA) waged a vigorous campaign to ignite support for the Black Stars ahead of the start of the Cameroon 2021 African Cup of Nations qualifiers.

The passion-igniting campaign was aimed at galvanizing unflinching support for the Stars and pluck back some love for the team. Players, coaches and executives of the GFA took centre stage in the #BringBackTheLove campaign – the FA having partnered some media outfits to robustly push the agenda.

This was done ahead of Ghana’s game against South Africa’s Bafana Bafana in their Nations Cup qualifying opener at the Cape Coast Sports Stadium on Thursday November 14, 2019, and Sao Tome, four days later.

In all sincerity, the campaign was in order as affection for the Stars had slumped considerably, to the extent that sometimes when they were in action right here in Ghana, only a few were bothered.

Heartily, it went well – seemingly – as the Stars dealt with both Bafana and the Sao Tome lads to qualify for Cameroon 2021. South Africa stunningly failed to make it.

Truth is, the players’ own distressing attitude for the lust for money and concomitant lethargic performance, have viciously combined to portray a pathetic portrait of unpatriotism. It used to be a perception. Now, it is no more – supposedly.

The Brazil 2014 World Cup tournament, where the Black Stars were humiliatingly flushed out in the opening round, may have happened five years ago. Sadly, the ugly happenings of that ill-fated campaign appeared to be freshly etched on the minds of Ghanaians.

The money-kissing-orgy, holding of the nation to ransom, and the crass show of indiscipline, have all snowballed into a near-hate for the Stars.

Recently, too, the players have not shown enough passion in their Group G Qatar 2022 World Cup qualifiers – and now appear to be losing the ‘small’ gains of love again.

It is the reason Chief Scribe of the Ghana Football Association (GFA), Henry Asante Tsum, is calling on the players to churn out a positive reaction with victories in the back-to-back qualifiers in order to win back the confidence of the public.

“Our expectation is that the team will give us a positive reaction by winning the two games against the Warriors. We expect the players to show hunger and desire on the field of play to restore public confidence,” he told the Times Sports on Tuesday.

Indeed, Ghanaians expect the players to demonstrate great derring-do on the field of play, be prepared to die out of exhaustion rather than give up, and must have a winning mentality always embossed on their minds as they go about their businesses. For now, they have not exhibited that kind of doughty character enough; which is why the players have come under an amperage of criticism over time.

Unlike Ghana who have clinched the continental Holy Grail four times, Senegal are yet to lay hands on one. However, they play like champions whenever the players have the opportunity to don their national jersey.

Indeed, our players must put commitment at the forefront of their game. A committed player, as they say, has the inner voice of a champion – as they keep working, keep moving, keep playing and staying focused.

Where the Black Stars are today, they do not really want players who are not committed to the task.

As a matter of fact, Ghana needs whole-heartedly committed band of players now more than anything else. Even if they are not as good as world-class stars, the fans will love to see the players give their all for second balls.

However, the fans will be left to feel a serious disconnection with the players – if nothing will suggest that they do not want to be there. This may be enough reason to see the cynosure of all eyes feed on the Stars as they breathe some inspiration into their World Cup campaign today at the Cape Coast Sports Stadium against bottom-placed Zimbabwe’s Warriors.

South Africa leads the group on four points – one better than Ghana and Ethiopia, after two rounds of games.  For Ghanaians, their prayer is that the table must turn in their favour after the double-header on October 12.