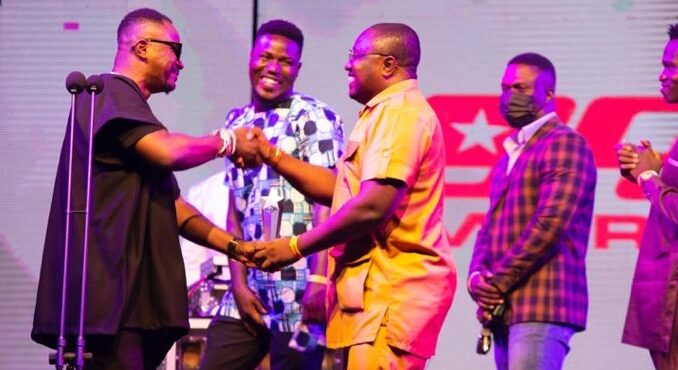 Host of Yaad Settingz on Hitz FM, Isaac Ago Tetteh Monney, known in showbiz circles as King Lagazee, has disclosed that winning Best Raggae/Dancehall DJ of the Year at the just ended Ghana DJ Awards means a lot to his career.

According to him, winning such prestigious award is a testament of the level of effort put into his work as a presenter and Disc Jockey.

Speaking to The Spectator, he said “this means a lot to me, because this is the area I find myself in terms of my career and we have done so much for the Reggae/Dancehall and the sound system culture and fraternity so this is like the Grammys to me.”

He said due to his efforts aimed at pushing the genre to the highest pedestal, he has won the Best Reggae/Dancehall DJ Of The Year for four times, from 2016 2017 2018 and 2020 respectively.

Touching on the growth of the genre in the country, he said, “Reggae/dancehall is gradually flourishing looking at where Rocky Dawuni took us to, the GRAMMYs and I believe the future is bright, looking at the top two artistes we have in Ghana.”

On his plans for the future, King Lagazee said coronavirus had made  everything virtual in entertainment, but, he was looking forward to organising a cup clash for the sound systems in Ghana.

“This is my 5th year on Hitz 103.9 FM and in December I am putting up my anniversary cup clash, for which Fyah Krew Sound from Aflao is the title holder,” he said.