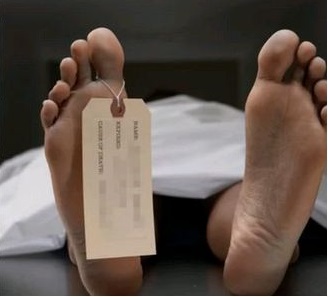 Tenants in a house at Odorkor Official Town in Accra were shocked to the marrow when they woke up last week Friday to see a female co-tenant lying dead in the compound with a broom in her hand.

The deceased, Madam Akorle Mansa, a mother of three is said to have come out to sweep the compound when it was her turn but she collapsed and died while holding the broom.

Mr. Efo Koku who hails from Alavanyo in the Volta Region but stays in the same house with the deceased told this reporter that he engaged in conversation with Madam Mansa last Thursday night before her death where she (deceased) advised him (Efo) to amend his ways and stop being a dipsomaniac (drunkard).

“I told her that I have stopped taking alcoholic drinks and we conversed for long before retiring to bed only to find her dead this morning with a broom in hand.

“Humans are nothing; even animals are far better than us,” he said these sorrowful words to The Spectator.