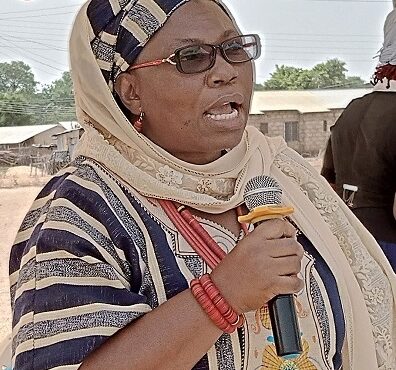 The Coordinating Director of the Wa Municipal Assembly in the Upper West Region, Pognaa Fati Koray has encouraged women to get involved in civic engagement to ensure that they contribute their quota to the development of the country.

She, however, bemoaned the low participation of women in communal, governance and national issues particularly in the municipality, and called on them to offer themselves for engagements that would lead to national cohesion and development.

The director indicated that out of a total of 44 assembly members in the municipality, only four were women and lamented further that only one out of the four, was elected.

Pognaa Koray who is the queen of Chansa community in the Wa Municipality stated this at a programme aimed at whipping up the interest of women in national discourse at Charia, on Tuesday.

The Programme which was at the instance of ProNet North, a non-governmental organisation in the region was on the theme “Women empowerment, a key mechanism for transforming our tomorrow”.

She explained that civic engagement was the individual and collective actions designed to identify and address issues of public concern.

She cited voting, volunteerism, and participation in activities such as tree planting, communal labour as well as discussions on communal and national issues as programmes women should actively participate.

“It is interesting to know that there are myriad of issues ranging from social to political and economic that affect citizens globally and need the involvement of women in civic engagement to help address those issues.

“We need women to lead the fort in fighting against societal issues such as early marriage, open defaecation, child labour and trafficking, teenage pregnancies and domestic violence”, she charged.

She encouraged men to support women to engage in national discourse and allow them to participate in politics without criticisms and name calling.

For her part, Head of Programmes of the ProNet North, Ms Catherine Amissah also appealed to men to reduce the workload on women so that they would be able to make time for other individual and social events.

“Sometimes it is not as if the women are not interested in social activities, they are just unable to make time for them due to their heavy work schedule at home”, she said.

She advised women to pursue education and skills training so that they would be better placed to take up responsibilities that required specific skills and qualifications, if the need arose.