Wrong recruitment a danger to the Ghanaian society 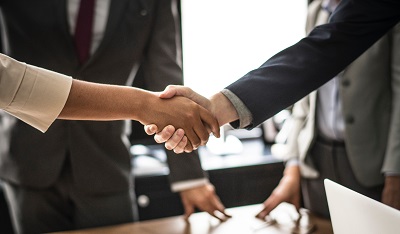 Agatha is a beautiful young lady who had a dream of becoming a Medical Doctor.  However, things became financially difficult for her due to the passing away of her Dad at Senior High School (SHS) 2 since there was no Free SHS Policy in place at the time.

In her final year, she realised that her dream of going to pursue medicine at the university had to be modified.

She decided to pursue nursing after SHS contrary to her original plan since there was policy of payment of allowance, which would greatly help her to overcome her financial challenges, which involved supporting her mom to assist her younger siblings who were in SHS.

Agatha qualified as a nurse and was employed by the Ghana Health Service and posted to one of the hospitals in the country.  Although qualified as a nurse, her passion for the job was not strong enough and, therefore, her attitude in providing care left much to be desired.

There are a lot of Agathas’ in our health facilities.  An effective recruitment programme into the nursing fraternity would have easily identified that Agatha was not cut out for the job.

Joe was a SHS leaver but his character was nothing to write home about at school and at home.  Everybody in the community knew that he was a wee smoker.

He was involved in a lot of disciplinary issues at school but because his uncle was an influential politician, he managed to intervene on the several instances that Joe fell foul of the school regulations.

Within a year after leaving school, he was drafted into the police service without any proper background check.  Joe went through the recruits training and some months later he passed out as full-fledged policeman whose moral upbringing was not cut out for the work he found himself in.

When we were growing up in the late 60s and early 70s, teachers were the embodiment of discipline. They were our role models and commanded such a huge respect in both the schools and among the general public. They were at the top of the list of opinion leaders and seldom would you hear of a teacher involved in some scandal.

What is happening now in the educational sector concerning teachers, has tarnished the enviable reputation they used to enjoy during our days.  It has been scandal upon scandal.  A case was reported recently, of a teacher who had impregnated a Junior High School (JHS) student at Amasaman in the Greater Accra Region and an attempt to abort the pregnancy,  resulted in the destruction of the womb of the girl.

Again, the reasons behind such behaviours are not hard to find.  Some people are now in the teaching field not because they have passion for the teaching profession but largely due to economic pressure.

The stories we hear of that boggles the mind, especially those of us who have been around for a long time in this country, can be attributed to the recruitment systems in place.  There is a popular phrase in computer industry known as “gigo” that is garbage in-garbage out.

The outcome of the ineffective recruitment in the various civil and public services is the manifestation of decadent behaviour we are witnessing.  As the saying goes, “a leopard can never change its spots”.

The character formed in a person is very difficult to change and this must guide people in authority in fashioning out a policy for recruitment into the various government institutions.

There must be a holistic approach towards the way people are recruited.  There has to be a total review of how interviews are conducted for selection into the various institutions.

There should be a psychological review aspect of the process where people are tested or examined to determine their character in terms of morality. There should be a process which applicants must go through for the determination of their real intention, in applying for the job.  This would help in determining suitability of applicants so that those who really love the particular profession they are applying for are selected.

They serve as a moral compass for the society and their actions must be brought under close scrutiny given the negative reports emanating from their ranks. There is a clamour for their actions to be regulated by the state.

A Moderator of one of the leading religious denominations was on TV last Sunday disagreeing to this call for regulating the activities of pastors but rather calling for pastors to be treated as individuals, and that those who fell foul of the law be dealt with according to the law.

Taking into account the number of incidents involving pastors who are not under any structured religious denomination, it must be of concern to any right thinking member of the society.  These one-man church pastors are not accountable to anyone.

They allocate titles to themselves and whether they actually received a call from God or it was just a “flash”, you and I were not there so we cannot tell.  A lot of them are what I call ‘spiritual entrepreneurs’; they are in for just money.  It is a business enterprise to them and not any desire to win souls for God, so morality is thrown to the dogs.

This is one of the surest ways to eliminate or reduce corruption, because if someone pays a bribe to be given a job, it is an investment which he or she would find means to recover.  It would also ensure that the right people in terms of real passion for the particular job are recruited. The so called protocol selection must cease, otherwise the inequality in our society would never end.

A first step would be the consideration of the use of IT which would eliminate human interference as much as possible, so that the selection would be done by computers, based on defined selection criteria just like the one for selection into the universities and senior high schools.