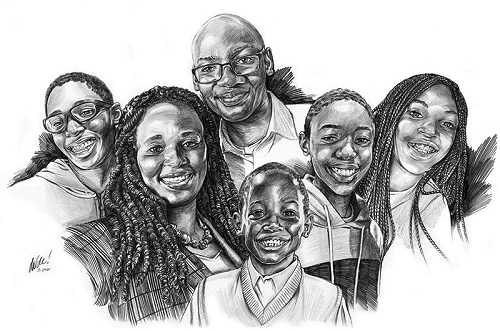 It has been said that when you compare yourself with others, two things can happen and both are harmful: you may decide you are better than other people, or you may conclude that other people are better than you, which will leave you feeling unsettled dissatisfied and discouraged. As one commentator observed: “For some people, the pleasure of having something good is drained as soon as they see someone else with something better. Our sense of contentment is created or destroyed by comparisons. A life consumed with unfulfilled wants is an affliction. The antidote is the concept of ‘enough.’”
It’s a common tendency to measure our self-worth by our possessions. But the world’s happiest people are not the most prosperous—they have simply learned to distinguish between needs and wants, between sufficiency and abundance. They still set goals, strive for excellence and do their best to succeed. But their peace and contentment come more from what they give than from what they have. They know that “enough is enough.”
We all know such happy people; they’re found all over the world, in every social class and economic situation. We know people who also seem to have so much but remain unsatisfied. The truth is, we can never acquire enough of what we don’t really need. Endlessly searching and striving for more and better can lead to sleepless nights and unhappy days. The sooner we discover the joy of “enough,” the sooner we will find peace, even in the midst of life’s reversals and misfortunes.

When we’re young, we think about how much better life will be when we have more money.  When we’re older and have more money, we look back and remember the happy times when we had so little.  Almost everywhere we turn, money seems to be a focal point.  Game shows and lotteries hold out the succulent carrot of being rich.  It becomes the dream of many—too often at a very high cost.

Most of us are familiar with the phrase “Money is the root of all evil.”  Money has its rightful place—we need it to pay for the necessities of life.  It’s not money that’s the root of evil, but rather the love of money.  To spend life in constant pursuit of making more and more can become an obsession.  The goal to be wealthy can take over a person’s life.  Henry Fielding observed, “Make money your god, [and] it will plague you like the devil.” When it becomes our driving force, it’s then that we lose sight of what really matters.

A man took a serious look at his life and determined that it had become out of balance.  Climbing the financial ladder of success was eating up the precious days, weeks and years of his young family’s life.  He realised that too soon his children would be grown and gone, and that his relationship with his wife was gradually diminishing into the shadow of his corporate career.  He made the difficult decision to step down a rung on the ladder of success and give himself more time with his family.  Ancient Chinese wisdom says, “He who knows he has enough is rich.”

A woman who had worked hard to achieve the position of Chief Executive Officer (CEO) of a company, spending nearly every waking hour on the job, came to the realisation that enough is enough.  She and her husband re-evaluated their life goals and what they wanted to do with their time.  She decided to quit work, and he to cut back on his hours.  They now have time to enjoy each other and their children, and have time also to serve in their church and community.  It’s no longer important for them to drive new fancy cars nor have a big, elaborate home.  They have genuine joy in their life.  Money has now taken its place as their friend instead of their enemy.
One elderly woman learned this truth as she adjusted to her new home. It was much smaller than the house where she raised her family, but she grew to love the window that looked out on the courtyard. She became grateful for a smaller kitchen, fewer rooms to dust and decorate, but just enough space to welcome her loved ones. Her new home was enough to meet her needs, and she was happy in it.
Yes, improvement and betterment are vital, but bigger is not always better, and less is often more. Ultimately, the most fortunate people are not those who have what they want but those who want what they have.