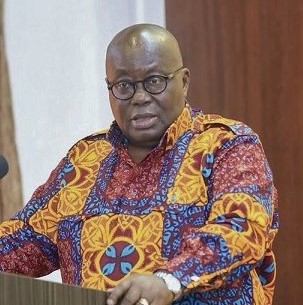 President Nana Addo Dankwa  Akufo-Addo has been ordained by God to perform creditably well, and this is reflecting on his good performance in the administration of this country and all sectors of the economy, Dr. Kofi Amponsah-Bediako, Director of Corporate Communications at the Ghana Standards Authority, has said.

He therefore, said, “no matter the opposition that comes his way, he will make it and take Ghana to the ‘promised land.’”

Dr. Amponsah-Bediako, a Public Relations and Marketing Practitioner who doubles as a political scientist, was predicting who stood the chance of winning the forthcoming presidential election, slated for December 7.

He said in education, health, agriculture, environment, fight against corruption and transportation, among others, Nana Akufo-Addo had performed so well with his administration that all Ghanaians and the rest of the world are praising him for a good work done.

Dr. Amponsah-Bediako pointed out that programmes like the free SHS, Planting for Food and Jobs, positive changes in the cocoa sector, building of infrastructure in the health sector, including one ambulance one constituency and the use of drones to improve performance in the health sector, among others, were all evidence of the great works being done by the Ghanaian President.

This, he explained, was why even the angels of heaven and God Himself had ordained him to continue with his good works until 2024.

Political gimmicks and tricks, according to the PR ans Marketing expert, will be used against him to bring him down, “but the hand of God is already upon him, so his political opponents and detractors will all fail in their negative and destructive agenda.”

He stressed that “God has already blessed him to take Ghana to the promised land and ensure that the country is raised to a high pedestal of development.”

Dr. Amponsah-Bediako, said “what God has put together, no man can turn asunder” so in the same way, President Akufo-Addo’s destiny had been determined by God as a great leader who has been made to appear at this time to take the country to its glorious heights.

All political opponents in the race for the presidency and parliamentary seats, Dr. Amponsah-Bediako pointed out, should bear this in mind and avoid “manufacturing atrocious lies against Nana Akufo-Addo because none of them can change the path and the will of God.”

He prayed for peace in the country before, during and after the elections, pointing out that the poll results which would be announced by certain individuals should only be used as guides, because God Himself will let us know the actual results which may even be higher than had been predicted.