Zero Malaria for Ghana and Africa, a call to strengthen Action 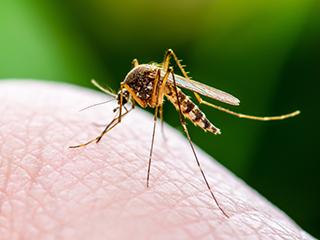 Eradication of malaria on the African continent continues to be an albatross around the neck of stakeholders who are working tirelessly to rid the continent of the disease entirely.

Unpleasantly, the malaria disease has been a bigger source of worry in our African setting, and the death toll it has placed on the lives of children, pregnant women and men are uncountable.

The conscious effort to combat malaria is a fight that is achievable and a Pan-African movement that is geared towards the elimination of malaria by the year 2030.

Malaria is caused by parasites of the genus Plasmodium and is transmitted to humans by bites of infected female Anopheles mosquitoes during a blood meal.

There are five types of parasites in human malaria (P.falciparum with 90 per cent of its cases considered most dangerous, P. ovale, P. malariae, P. knowlesi and P. vivax.

The symptoms of malaria usually appear 11 to 14 days after an individual is bitten by an infected female Anopheles mosquito.

Malaria if not treated within 24 hours, could progress to a severe form that is often fatal and some of these severe malaria are hallucinations, delirium, strong fever, repetitive or uncontrollable vomiting, inability to drink or suckle and a lethargic state.

In Ghana, progress has been made in combating malaria. However, the estimated incidence and mortality rates have declined by 28 per cent and 39 per cent respectively between 2010 and 2017.

That, notwithstanding, malaria continues to pose one of the greatest health risks in Ghana, placing a substantial burden on health workers and dramatically increasing costs on the national health insurance scheme.

Distastefully, the most up-to-date figures in Ghana show that malaria results in 30 per cent of outpatient and 23 per cent of inpatient visits at public health facilities.

In addition, a research into the economic impact of malaria  over the next 10 years in Ghana found  malaria at current levels will cost Ghanaians US$32 billion including a US$ 2 billion in health system expenditures and one billion missed days of work among employees.

It would also result in US$29 billion private sector losses and a US$ 580 million in reduced household income.

In view of the facts provided, what is needed now is sustained commitment and resource allocation to drive further progress.

Despite the surge in COVID-19 cases, malaria still remains a canker to our health and our health institutions work hard to control both menace, though we have lived with malaria over decades.

The fight against malariamust be a multi sectorial approach in order to achieve the elimination of malaria by 2030.

This means that, the fight against malaria must be taken seriously by all and sundry in order to achieve a malaria-free future for Ghana.

I believe that, regardless of whoever we are and whatever we do, assumes responsibility and the bold steps to take actions in fighting malaria, then the aspirational vision to eliminate malaria would become a reality.

While the communities keep rid of stagnated water and keep a clean environment, gradually, malaria would find its way out of our communities.

It is satisfying that, the SDG’s is concentrating on good health and wellbeing as stated in the Sustainable Development Goal 3.

In the SDG goal 3.3, it stipulates and captures malaria as a concern agenda.

It states that, by 2030, end the epidemics of AIDS, tuberculosis, malaria and neglected tropical diseases and combat hepatitis, water-borne diseases and other communicable diseases.

The Zero Malaria Starts with Me, a continent-wide campaign for a malaria free Africa is firmly situated within the Sustainable Development Goals framework, and endorsed by over 150 countries across the globe, including Ghana.

Malaria has long been classified as not only a grave health issue, but as intersecting with other key development issues.

The media is a crucial advocacy partner in the fight against malaria in diverse forms.

Media would help in driving the conversation as a primary means through which the general public receives information and how a national conversation is stimulated.

Dr. Charity Binka, the Founder and Executive Secretary, hascalled on journalists to support the elimination of malaria in Ghana as a national agenda.

She reiterated her commitment not to relent on her efforts until malaria is totally eliminated in Africa.

Dr. Binka indicated that the media has impact on influencers and decision makersand this will make those in positions of influence and decision-making to take issues seriously.

The new malaria vaccine (RTS,S/ASO1) is the way to go in eliminating malaria as a killer.

Mr John Tanko Bawa, Country Coordinator of PATH Ghana admonished Ghanaians to embrace the vaccines because it is safe and does not have any repercussion on one’s health.

He assured that the vaccines will help improve the fight against malaria in Ghana.

According to him, 35 districts in seven regions were participating in the Malaria Vaccine Implementation Programme (MVIP).

The MVIP is the new agreement that would increase the fight against malaria in Ghana, Kenya and Malawi to cover the rest of African continent as a pilot project.

He revealed that, about 500,000 children hadreceived the first dose of the malaria vaccine in the three participating African countries since 2019 when the pilot programme was incepted.

In the context of elimination of malaria, the role of various partners and stakeholders is paramount.

The “Roll Back Malaria” partnership launched the “Zero Malaria Starts with Me” campaign few years ago and this campaign is to strengthen the response to malaria.

The Zero Malaria Starts With Me is a Pan-African movement aimed at bringing all sectors of society into the combat against malaria.

Since the endorsement by all 54 Heads of State of the African Union in July 2018, “Zero Malaria Starts With Me” has been gathering momentum and now 15 countries have formally launched their national campaigns.

In 2019, the First Lady of Ghana, Rebecca Akuffo Addo launched the campaign in the country.

It is very dangerous to treat yourself malaria without testing positive to it, hence there is the need for testing before treating.

We can prevent and treat malaria in simple practices as follows,