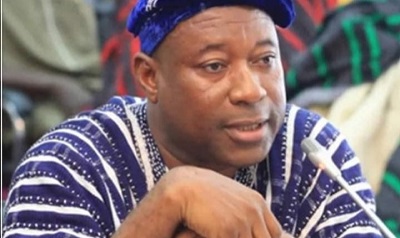 Dr Ziblim Iddi, the Member of Parliament (MP) for Gushegu Constituency in the Northern Region has withdrawn from the New Patriotic Party (NPP) parliamentary primary.

He made this known to the constituents when he sent a letter to that effect to the general secretary of the party and copied to regional and constituency executives at the weekend.

“I write to formally inform your good office that I do not intend to contest as a candidate in the parliamentary primaries scheduled for June 20, 2020 in the Gushegu constituency,” Dr Iddi wrote.

The withdrawal of Dr Iddi, who is also the deputy Minister of Tourism, Arts and Culture, from the primary has thrown the constituency into total shock as nobody within the rank and file of the party in the constituency thought of it.

Dr Iddi had filed to contest the primary and was campaigning vigorously and all of a sudden stepped down and his withdrawal from the contest has been the talk in the Gushegu constituency and its surrounding as supporters, members and well wishers of the party were seen in groups discussing the unfortunate decision.

There have been rumours by the constituents that big wigs in the party might have forced him to step down while others also blamed it on the internal bickering and wrangling in the constituency.

However, Dr Iddi in the said letter stated that the decision was personal and that there were no external forces insisting that “I arrived at this painful decision after a very broad consultation and deep introspection so I entreat the leadership of the party and electoral directorate of the NPP to remove his name and picture on the ballot paper and the Notice of Poll.

Dr Iddi called on his supporters, sympathisers and well wishers not to be disturbed about his withdrawal and that his loyalty to party was intact and appealed to them to continue their support and assistance to the party and not create disaffection.