Is it democracy or ‘foolishness’? 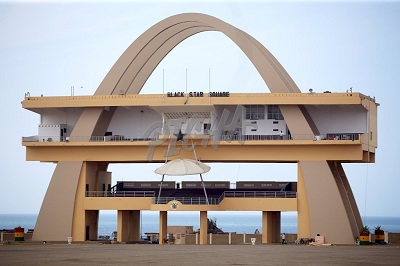 We live in a time when the call for freedom and democracy echoes in our country, Ghana.

The wide-world phenomenon of democracy, however, belies the skeptics who have contended that modern liberal democracy is a uniquely Western artifact that can never be successfully replicated in non-Western cultures.

In a world where democracy is practised in nations as different as Venezuela, Japan, Uganda, Rwanda, Togo, Italy and Ghana, the institutions of democracy can legitimately claim to address universal human aspirations for freedom and democracy.

Democracy may be a word familiar to many Ghanaians, but it is a concept still misunderstood and misused in a time when totalitarian regimes and military dictatorships alike, have attempted to claim popular support by pinning democratic labels upon themselves.

For instance, do we remember this slogan? “We no go sit down make them cheat us every day. Walayi!!! ” Do we also remember the Ghanaian leader who coined, “democratisation of violence” and the root cause of it?

In the dictionary definition, democracy ” is government by the people in which the supreme power is vested in the people and exercised directly by them or their elected agents under a free electoral system.”

It must, however, be noted that freedom and democracy are often used interchangeably, but  the two are not synonymous.

Democracy, is indeed, a set of ideas and principles about freedom but it also consists of a set of practices and procedures that have been moulded through a long, often tortuous history.

Briefly, democracy is the institutionalisation of freedom. And freedom to do what? To behave “foolishly” or wisely?

What is foolishness, then? Simply put, foolishness means, lack of good sense or judgement or discretion; bordering on stupidity

For instance, a healthy democratic society is not simply an arena in which individuals pursue their personal goals.

Democracies flourish when they are tended by citizens willing to use their hard-won freedom to participate in the life of their societies.

And how do they do that? By adding their voices to public debates, electing representatives who are held accountable for their actions and accepting the need for tolerance and compromise in public life.

From the foregoing, is what we are practising in our country real democracy or mere “foolishness”?

Especially looking at the very recent nasty development in the chamber of our national parliament?

And the flippant grievous allegations by supposedly honourable people against our democratic institutions and some targeted members of such institutions, without any shred of evidence?

Really, we must understand that democracy itself guarantees nothing. It rather offers opportunity to succeed as well as the risk to fail.

Our democracy then, is both a promise and a challenge. It is a promise that free Ghanaians, working together can govern themselves in a manner that will serve their aspirations for personal freedom, economic opportunity and social justice.

It is a challenge so we must remember that the success of our Ghanaian democratic enterprise rests upon the shoulders of our own citizens and no one else.