“Special” Tribute to JJ Rawlings: By Babies With “Razor” Teeth 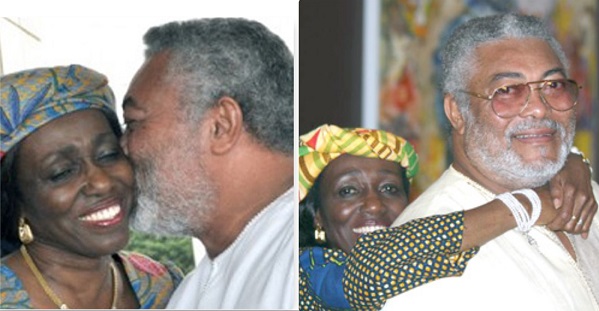 Readers may wonder where we are coming from but the fact of the matter is that we shall remain anonymous even though we are part and parcel of the great National Democratic Congress (NDC), founded by our illustrious and revolutionary leader, His Excellency Flight Lieutenant JJ Rawlings.

Babies With “Razor” Teeth? Yes, we can’t be left out. Listen and read the numerous tributes pouring out from people and institutions on radio and television stations, pages of newspapers and social media space since the demise of our great leader on November 12, 2020.

Readers may not be accustomed to our brand name; Babies With “Razor” Teeth (BWRT), because we were not “discovered” by our founder before he died. We have still not been “discovered” by the leadership of our party but the interesting thing is that we exist.

Our cousins, Babies With Sharp Teeth (BWST), were rather “discovered” early by the founder of our party because sometimes their Sharp teeth strangely turned into “sharp cutlasses” and “cancerous wire-nets” to intercept and “butcher” critical utterances of our charismatic founder. Indeed, BWST tend to destroy with their teeth but we (BWRT) build with our teeth.

Yes, we say our tribute is “special” because it does not follow the normal convention of tribute-writing. You can describe our tribute as out-of-the-window tribute. Our elders say, if you are not on good terms with someone in life, you don’t take active part in his or her funeral if that person dies.

That is why we perfectly share the view of comrade Dela Coffie, a very active member of our party, even though he is not a member of BWRT. Comrade Dela Coffie says: “The hypocrisy must stop. Those who think we will allow them to engage in political profiteering enterprise with the demise of President Rawlings must think again.”

Dela Coffie lashes: “Isn’t it even offensive to learn that those who consistently berated President Rawlings over the last twelve years, and called him “barking dog” are today claiming ownership of him as the founder of the NDC?”

Dela punches more, asking: “Has it suddenly dawned on you to fight for the same Rawlings that you lots, recruited puppets to publicly humiliate and talk back at?”

Dela Coffie’s beef follows General Secretary Asiedu Nketiah’s claim that President Akufo Addo and the NPP are hijacking the funeral of the founder of our party.

For many years the NDC has not been at peace with its founder and his wife, Nana Konadu Agyeman-Rawlings, over a lot of unresolved issues, leading to the formation of the National Democratic Party by the spouse of the founder. Such squabbles have terribly divided the party. The latest addition of the squabbles can be traced to the book authored by one of the gurus, Kwamena Ahwoi, chronicling his “Working With Rawlings”.

Our party failed or refused to make peace with our founder when he was alive and kicking but now, some party gurus are pretending that they were on the best of terms with him, thus, shedding wonderful tears over his lifeless body.

For instance, at an event to commomerate the June 4 anniversary in 2018, we remember that our founder said former President Mahama led the NDC astray, culminating in the party suffering a heavy defeat at the hands of the NPP in the 2016 elections. President Rawlings, therefore, called for a change in the leadership of the NDC, stressing that anything short of that would spell doom and gloom for the party in the 2020 elections.

In an apparent caustic and acidic response to our founder’s call, former President Mahama said: ” We have worshipped the Volta god for so long. No sacrifice would please him.” Mr Mahama stated this at the party’s Unity Walk in the Volta regional capital, Ho.

President Mahama’s “attack” on the persona of our founder made nonsense of Anita Desosoo’s earlier plea for clemency and forgiveness sought from our founder at the commomration of the June 4 event. On behalf of the NDC, Anita mounted the podium, went down on her knees and emotionally apologized to the founder of our party, on behalf of party members and leadership, for all the “sins” and “crimes” committed against our founder.

Anita’s apology to our founder was said have received overwhelming endorsement by the leadership of our party. But the battle line was drawn ” when the tail of the barking dog was bitten” once again by former President Mahama.

It seems the true “disciples” of our founder are now emerging among the NDC youth and they may converge under the connopy of June 4 “revolutionary grand-papas” like comrade Dan Abodakpi.

President Akufo-Addo recently said he had a “temperstrious” relationship with our founder for a very long time but in the end, they saw value in each other and became friends. Indeed, their healthy and ” brotherly ” relationship was publicly demonstrated. So, the question is: What prevented our party gurus from smoking the peace pipe with our founder before the inevitable happened?

In a message to console the family of President Rawlings, sitting President Akufo Addo said, the role of our founder in the establishment and development of Ghana’s 4th republic was truly exceptional, adding that Ghanaians appreciated his leadership of our nation and will remember him accordingly. This is an indisputable fact and we thank the President for such statements.

In a tribute to our founder, former President Mahama also said: “Boss, it is difficult to come to terms with your shocking exit. But you’ve always been unconventional and acted on your own terms. The rest of us, your comrades, are left to mourn you. But beyond mourning your departure, we have a duty and responsibility to ensure that your person and principles receive your deserved place in the history of Ghana.” Well, we hope it’s a genuine intent.

We also share the sentiments of Yaw Boateng Gyan, a former National Organizer of the NDC. He has appealed to the rank and file of our party to use the death of our founder to unite the party, stressing that failure to use our founder’s death to unite the party, will spell doom and gloom for the future of the NDC. “We must take a cue from what happened to the CPP when its founder, Kwame Nkrumah, died.” Boateng Gyan said this at an Accra radio station just recently.

Your Excellency, our cousins, the “sharp teethers”, have confided in us that they regret their actions against you. They insist that they were misguided by those already “belley-ful” to attack and provoke you to make more and more “boom speeches”.

Henceforth, we feel obliged to protect your monumental legacy you bequeathed to our party and our nation-Ghana. We also want to be part of the solution to the cancerous squabbles afflicting our party, instead of being part of the problems.

We, therefore, pledge on your honour, that before your interment we would be taking certain “revolutionary steps” to right some of the wrongs in our party to your “spiritual” admiration. Fare-thee well, our Great Master and Never-to-be-forgotten revolutionary icon.

Dealing with the sinking moral