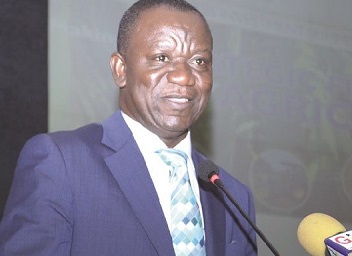 More than 3,000 registered and unregistered rice farmers in Ejisu and Juaben districts of Ashanti are to benefit from the Ministry of Food and Agriculture’s (MoFA) subsidised inputs, to improve on local rice production.

Dubbed: the Ministry of Food and Agriculture Cutters and Thrashers Initiative, equipment would be distributed to rice farmers across the country through their groups on credit at a subsidised rate of GH¢11,000 to be paid in installments within two years.

A Deputy Minister of Food and Agriculture, Mr George Boahen Oduro, disclosed these to journalists during a demonstration exercise for farmers on how to use the equipment, at Ejisu.

He explained that the move by the ministry would not only improve on rice production, but  was expected to reduce post-harvest loss local rice farmers encounter every year, and also help the government achieve its goal of stopping rice importation by the next two years.

Mr Oduro said the government had an agenda to increase rice production in the country, to ensure that money used to import rice annually remained in the country.

Under the Planting for Food and Jobs, he said the government had a programme of stopping rice importation into the country by the next two years.

Mr Oduro noted that the country spent about one billion dollars annually on rice importation, thus creating employment for the countries where the importation was done, adding that “So we have to embark on massive rice production so that the money remains in the country”.

The Municipal Director of Agriculture, Mr Patrick Akowuah, said that the introduction of the equipment would reduce the stress farmers go through using the manual way of harvesting.

He indicated that, with this move by the ministry, the directorate was expected to increase rice production from 2.5 tonnes per hectare to four tonnes per hectare, adding that “there is ready market for the produce.”

Mr Clement Adakesah, a rice farmer, who could not hide his joy, lauded government for the initiative, saying that the equipment would reduce post harvest losses and time spent at the farm during harvesting.