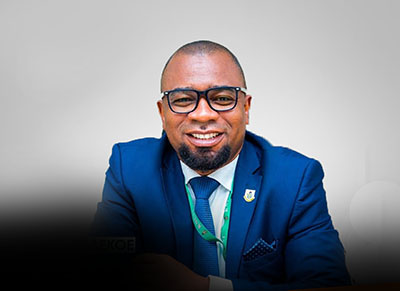 The management of the Kwame Nkrumah University of Science and Technology (KNUST), has disassociated itself from a suspected murderer, who was said to be a final year Geological Engineering student of the university.

According to the KNUST, the suspect, Emmanuel Awuah, 23, “abandoned his course for two academic years and can, therefore, not be referred to as a KNUST final year student”.

Awuah allegedly killed a taxi driver over GHS 1,200.00 debt owed him by the deceased, Thomas Kwame Danso, 24.
A statement signed by the university’s Relations Officer, Dr Daniel Norris Bekoe, copied the Ghanaian Times, here, said Awuah did not register for the first and second semesters of the 2018/2019 and 2019/2020 academic years.
It explained that in spite of not registering for these academic years, Awuah failed to defer his Geological Engineering program, neither did he indicate reasons for abandoning his course.

“Per the university’s regulations, a student, who abandons his course for one full academic year without any cause ceases to be a student of the university,” it said.

Condemning the alleged crime by Awuah, the KNUST urged the police to apprehend his (Awuah) accomplice and bring them to justice to serve as a deterrent to other young men and women, who might conceive such cruel acts in future.

The KNUST urged the public to crosscheck facts properly with the university relations office in future or risk legal action.
Awuah has since been provisionally charged with conspiracy to commit murder and murder.

He had appeared before the Mamponteng District Court, after his arrest by the police at Nyinahini.
His plea was not taken and the court, presided by Mr Thomas Boadi Soyori, remanded him into prison custody, to re-appear on August 3, 2020.
Prosecution said the owner of the taxi, Daniel Owusu, reported to the police station of his missing driver.

The police apprehended Awuah, who was in the possession of the taxi with registration number GE 1436-17, at Nyinahini.
According to the prosecution, Awuah told the accomplice, who is on the run, of how the deceased had refused to give him his GH₵1, 200.
The two, prosecution said, succeeded in luring the driver to the scene of the crime where they strangled him to death.

Prosecution said that when the police got to the scene, the head of the deceased was almost decomposed, and later the body was conveyed to the mortuary of the Komfo Anokye Teaching Hospital.