Close down Copyright office, it has failed us- Ernest Akwasi 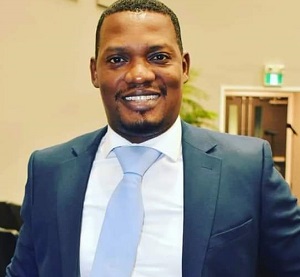 Popular gospel music producer, and Managing Director of Media Excel Productions, Kwasi Ernest has called for the shutting down of the country’s copyright office for it has outlived its usefulness.

According to him, “we have inherited an informal sector which has caused us so much damage.”

Speaking on Gospel Parliament hosted by Kwame OB Nartey on Vision 1 FM, and monitored by this paper he said the copyright system of Ghana was one of the worst institutions and would have shut it if he had the powers of President of the country.

“If I were the President of Ghana, I would shut the Copyright office down, it is one of the worst institutions,” he stressed.

He went on to say, that the copyright society had failed the entire music industry, and not done enough to protect them.

“Just five minutes away from the Copyright office, unscrupulous people have pirated CDs and have the guts to sell at a traffic light close to the copyright office,” he disclosed.

According to him, “what irks him is that there is a percentage in the levies received, which goes into budget for education, sensitisation, and equipping the task force among others”.

“Unfortunately, all of these responsibilities are reneged upon, as piracy continues to be the bane of the music industry, leaving stakeholders to their fate”.