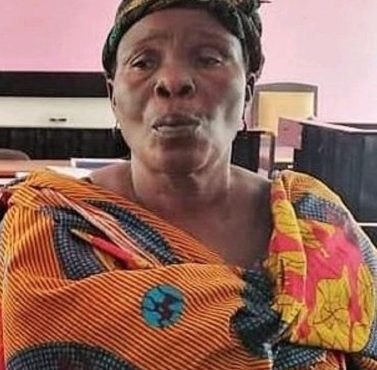 A 40-year-old fishmonger and her 63-year-old fiance (boyfriend) a fisherman, have been convicted and jailed by a Ho High Court for child trafficking.

The convicts are said to have earned a “lot of income” from their illegal business of trafficking children aged between nine and 16 years from one village to another in the Volta Region and “rented” them out to engage in fishing and selling of fish to the detriment of their education.

Though they pleaded not guilty to the offences of conspiracy and human trafficking, the court presided by Mr Justice Eric Baah, a Supervising High Court Judge, found their conduct quite reprehensible and jailed them accordingly after a full trial.

The court again ordered Madam Kedevi and Mr Boti (convicts) to pay GH¢ 5,000.00 to each of the nine victims (children) for subjecting them to inhuman treatment and also denying them their right to education.

The arrest of the two lovebirds stemmed from a phone call by one of the trafficked children who was sent to take a mobile phone to someone in the community and took advantage of the errand to call his aunt at Wegbe and narrated the ordeal he and his younger brother of nine years were going through leading to their rescue.

A State Attorney, Mr Andrews D. Adugu told the court that Madam Kedevi and Mr. Boti were residents of Kpoviedzi and Akpokiife island respectively who, between 2015 and 2017 succeeded in trafficking nine children including a Nigerian and two girls from their homes to locations far away to work on the Volta Lake and outside the lake.

According to the State Prosecutor, the convicts exploited the children by collecting huge sums of money from some fishermen and fishmongers before releasing the children to work for them on and outside the Volta Lake.

Mr Adugu, said that in one instance, Madam Kedevi convinced the uncle of a 15-year-old boy who was attending school at Wegbe, near Hohoe, to allow him to come and spend his holidays with her at Ehi in the Ketu North District.

The prosecution said that Kedevi then took the boy to Ehi for some days before transporting him to Boti at Akpoklikofe, near Kete-Krachi, under the pretext of buying text books for him but instead collected an amount of GH¢ 4,000.00 from Boti under an agreement that the boy would work for him for five years.

The prosecution stated that after collecting the money, Kedevi then sneaked out, leaving the boy behind. The next day, the victim was forced into fishing and worked on daily basis for three years.

As if that was not enough, Madam Kedevi later brought the nine-year-old brother of the victim to the same place where he was also forced into enslaved labour.

The prosecution said that Madam Kedevi again recruited seven children between the ages of nine and 16 from Ehi to Boti at Akpoklikofe to work as fishermen and fishmongers.

However, on May 16, 2018, the police, acting on intelligence, carried out an operation and rescued two of the children on the island who gave out information leading to the rescue of the other children.

All the children told the police that, Kedevi convinced their parents that she would send them to school and look after them.

The prosecution said that Kedevi in her caution statement admitted that she recruited the children from Ehi for the fishing business at Akpoklikofe but said that she did so with the consent of their parents. This was corroborated by the second convict, Mr Boti.