DopeNation impresses with their ‘NDC vs NPP’ presidential debate 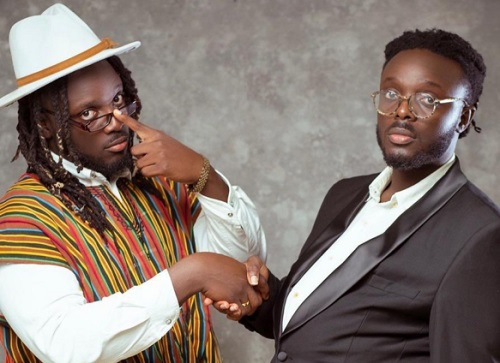 Ghana may not be in an election year but the constant bickering of the two major parties in the country NDC and NPP has become part of the lives of citizens.

Hearing the two parties fight each other over cedi depreciation, corruption and others is nothing new.

However, the talented duo DopeNation put those arguments into music for their fans and music lovers.

With one half of the group dressed as former President John Mahama representing the NDC and the other dressed as President Akufo-Addo, they argued on many issues including Free SHS, management of the economy, and many others.

Some fans of DopeNation were excited to hear this new work from the duo.