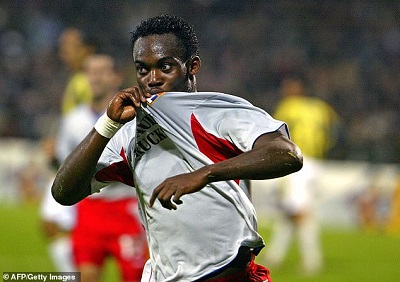 The news of former Ghana international Michael Essien joining Danish side Nordsjaelland as a player-coach for the 2020-21 season must be an eye opener for other footballers who are at the twilight of their careers.

It is a popular move for players the world over that wants to pursue managerial careers when they finally hang their boots.

Top players like Frank Lampard and John Terry who featured alongside Essien, Vincent Kompany, formerly of Manchester City, Liverpool’s Steven Gerrard, Luis Enrique currently in charge of the Spanish national team, Mikel Arteta of Arsenal are some examples of the new breed of coaches that followed in this path.

It makes their progression smooth and less cumbersome as they hope to find clubs in the top flight.

In Ghana, it has not been a common sight seeing players chase such opportunities when it’s clear they are nearing the end of their careers.

Thankfully, the very few that are chatting this path are showing signs of becoming bedrock of the coaching community in Ghana.

Kwesi Appiah, Ibrahim Tanko and lately C.K Akonnor have proven that when our coaches go through the process successfully, it will be very difficult for officials to ignore them.

Laryea Kingston is also doing a wonderful work with the Right to Dream Academy which is churning out a number of talented youth.

At the age of 37, Essien is aware of his dwindling energy levels and will surely play a bit pat role as a player and assist the Head Coach Flemming Pedersen for the new season.

Undergoing this successfully will aid his quest for a full coaching badge.

According to reports, Essien will join the staff in an assistant role and participate in training sessions alongside the players to help implement the drills and ideas and conduct video analysis and ‘group evaluations.

“I am delighted to have joined FC Nordsjaelland coaching staff as part of my development towards my full coaching licence. I will also be assisting the players on and off the pitch as part of my role,” Essien said on social media.

It, however, becomes heart-breaking to see a number of other players hover around after a sterling career doing virtually nothing and have chose to ignore such opportunities.

Unfortunately, with the efforts put in place by federations to provide a path for players to venture into coaching after their careers, a lot more are seen walking around and doing virtually nothing, preferring to boast about their exploits in the past and blame the nation for not helping them after they retired.

Meanwhile others like Essien, Akonnor etc have shown that with a little effort, they stand a chance of becoming coaches.

This is surely an example a lot of the retired footballers out there would have to emulate.

Undoubtedly, the implementation of the Club Licensing exposed a weakness in Ghana’s coaching structure as it rendered a number of our coaches unqualified to handle Premier League teams.

One of the ways by which that problem can be addressed is the certification of coaches through the right channel which even favours those in active service.

With the Belgium FA, players, especially those in the national teams are usually required to start planning for their coaching badges; so they collaborate with their respective clubs find ways to get them enrolled on such schemes.

That was why Vincent Kompany got his badge a year after retiring and a player like Kevin De Bruyne is set to complete his course although he is still active.

Of course, every player may not end up being a coach but for those that harbour that dream, they should consider this path Essien has charted and follow.

Essien reached the very top of his career by winning trophies with both Lyon and Chelsea.

He caught the attention of Chelsea, who signed the midfielder for £24.4million, – a club record for the Blues by then.