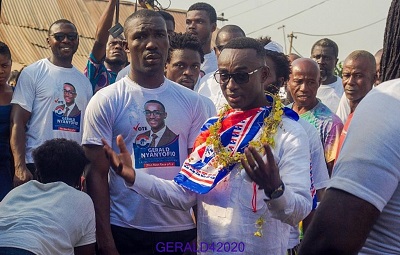 The exercise was characterised by fierce competition, with 101 MPs securing their slots, and about 35 new entrants getting the nod to lead the party in their various constituencies for the 2020 parliamentary elections.

The Greater Accra Region was equally marked with intense competition in 20 constituencies.

Meanwhile, seven of the candidates who went unopposed in the Greater Accra Region were endorsed by delegates to hoist the flag of the party in the upcoming December 2020 elections.

Dickson Adomako Kissi won with 324 votes in the contest which was with four candidates including the current Municipal Chief Executive of the area, Dr Emmanuel Lamptey in the Anyaa Sowutuom Constituency.

Lydia Darlington Fordjour reports from the Upper West (WA) that, three incumbent MPs were defeated in the primaries held by the NPP last Saturday.

In another development, the Deputy Regional Minister, who is the incumbent MP for the Zebilla constituency, Frank Adongo Fuseini won the race.

The election was peaceful without any hitches and confrontation and held under strict compliance of COVID-19 protocols.

From Northern Region, Yakubu Abdul-Majeed, reports that Alhaji Farouk Aliu Mahama, son of the late former Vice President Aliu Mahama was elected to contest the parliamentary elections on the ticket of the NPP in the Yendi Constituency.

At the Nanton Constituency, the incumbent MP Alhaji Hardi Tufeilo beat his only contender Abdulai Kamal-Deen to retain the mandate in the 2020 parliamentary election.

In the North East Region, the Local Government and Rural Development Minister Hajia Alima Mahama had landslide victory over four other contestants in the Nalerigu-Gambaga parliamentary primaries.

The contest in the Mpraeso Constituency was won by David Ansah Opoku, with

Alexander Kwadwo Agyare was triumphant in the Kade Constituency; Samuel Aye-Paye snatched that of the Ayensuano ticket, while the Akwatia Constituency went to Ernest Yaw Kumi.

The keenly contested election witnessed some skirmishes with some supporters of the MP allegedly attacking some party executives at the residency.