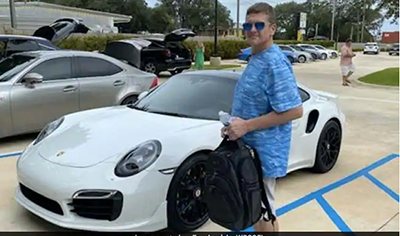 The former President John Agyekum Kufour is on record that “Corruption has been with us since Adam.”  This is an honest admission that corruption is a canker in our society.  We all recognise that it has a very negative impact on our socio-economic development and must be uprooted by any means possible from our society.  It is estimated that it cost the country about $3 billion each year, which is about 4.6% of GDP.

Some of the causes of corruption are due to certain perceptions of inadequate remuneration or compensation for effort, greed, unpatriotic behaviour etc.  It is not for nothing that certain categories of workers are given some special treatment like bank employees for instance. This issue must be critically taken into account if the issue of corruption is to be seriously tackled.  Consider a judge who sits on a case that involves an accused person who has stolen several millions of cedis.  This judge is about to go on retirement and he does not have a house to his name in which he will go to rest on retirement.  The potential for him to be easily influenced to condone crime is quite huge. Recent events involving some judges who have compromised their moral stance and judicial ethics are still fresh in our minds.

There is an attitude that has to be dealt with because it is endemic in our society, and if we are to do away with corruption, it must be given priority.  Greediness is so entrenched in our cultural setting that there must be a concerted effort from government, civil society, opinion leaders, the clergy and every stakeholder to eradicate it.  Education must start from the kindergarten level right up to the top to make sure that it becomes a negative value that must be frowned upon.The situation where people celebrate when their family members are appointed to governmental positions must be critically examined. The cause of the celebration is that once their brother or sister or son or father etc. is now in a position of authority, the financial situation of the entire extended family is going to improve. This puts pressure on the office holder to indulge in activities that are illegal and corrupt in nature to satisfy the family members and the community they come from.

One of the most important arms of government is the parliament, and if we are to ensure that corruption is eradicated from our society, they must actively be involved in it.  It therefore becomes imperative for the parliamentarians to be treated in a special manner due to the sensitive role they play in our social and more importantly economic life.  international transactions involving huge sums of money that impacts our national debt are approved by these people and the potential for their being influenced by unscrupulous business entities is very great. To ensure that the temptation of being induced to engage in corrupt acts is eliminated or reduced to the barest minimum, require that a second look is taken at the conditions of service of the parliamentarians. There are issues that have to do with their personal protection where they do not have personal bodyguards offered by the state as done for ministers of state. The quantum of money going into their pockets at the end of the month must be critically re-examined to ensure that their loyalty to the nation remains steadfast.

The need for a focused attention on our parliamentarians must be prioritised so that as a nation, the fight against corruption would be a collective national agenda in which parliament plays a pivotal role.  It is very important that a national dialogue should be initiated to find appropriate ways of addressing this threat to national security called corruption.  Currently, each budget the minister of finance comes up with each year has to be funded in part by donor support.  There is research which shows how much we lose to corruption as a nation, and it is my humble opinion that if holes through which these monies are lost can be plugged, parliament has a big role to play.  Public accounts committee sittings reveal a whole lot of corrupt practices and it would take parliament to enact laws that can make this practice a very expensive venture to contemplate so that it would be a deterrent to future potential perpetrators.

Another group of people that must be given priority attention is the executive arm of government.  A look at the salaries of some CEOs of public institutions makes me wonder why they can earn salaries much higher than the President and the Vice-President who have been entrusted with the resources of the nation. There is a need to permanently resolve the nation retirement packages for the executive arm of government and the legislature because they can make or unmake the fortunes of the nation. The perennial back and forth concerning what end of service remuneration for the executive arm and the legislature must come to an end once and for all.

The practice whereby when a person is being vetted for a public office, you find a whole entourage of chiefs and opinion leaders of the community as well as extended family members, accompanying him, must be discouraged with immediate effect. This would go a long way to prevent the perpetuation of this subculture of corruption brought about as a result of greediness and selfishness in our society. COVID-19 has shown us that we can change and adapt to new ways of doing things. We now go to church wearing face masks as well as wearing masks in town.  The nation has come to accept it as the only way to reduce the spread of the COVID-19 and everybody is abiding by the safety protocols although it is a bit uncomfortable. When we put in place certain regulations aimed at eradicating corruption, and we decide to make them work, they would, and the nation would be the better for it.